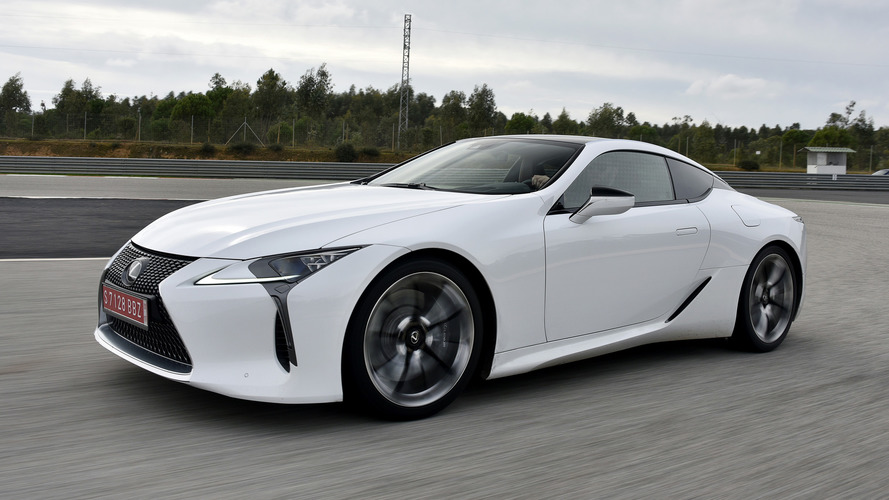 A more aggressive body would complement the big boost in power.

Evidence is mounting that Lexus is prepping a high-performance F variant of the LC, and it could premiere at the Tokyo Motor Show in October, according to an anonymous insider at the automaker speaking to Car and Driver. The model will reportedly cost twice as much as the $92,995 LC 500, and the debut date late in 2017 will probably mean the hardcore vehicle will go on sale sometime in 2018.

This source claims that LC F doesn’t use the 471-horsepower (351-kilowatts) naturally aspirated 5.0-liter V8 from the LC 500 or 354-hp (264-kW) electrified 3.5-liter V6 in the LC 500h. Instead, it would feature a new biturbo 4.0-liter V8 that would essentially be a pair of the 2.0-liter turbocharged powerplant that’s currently available in models like Lexus IS, RC, and NX. The unnamed person tells Car and Driver the mill produces around 600 horsepower (447 kW) and 470 pound-feet (637 Newton-meters) of torque. In the LC F, the engine would hook up to the 10-speed automatic gearbox that’s already in the LC500.

In addition to the powertrain upgrade, the LC F would get a meaner look with a vented hood, brake cooling ducts, and a fixed rear wing. The source’s description makes the model sound like it borrows a little of the styling from the Super GT racing version (above). The road-going example probably isn’t quite as razor-edged, but they might be similar. Rather than the standard four-piston brakes calipers, the F would reportedly use six-pot components.

The LC 500 goes on sale in the United States in May. The options list includes a limited slip differential, a head-up display, blind spot monitor, upgraded park assist system, and heated steering wheel. Buyers can also pick from different 20- and 21-inch wheel designs, too.