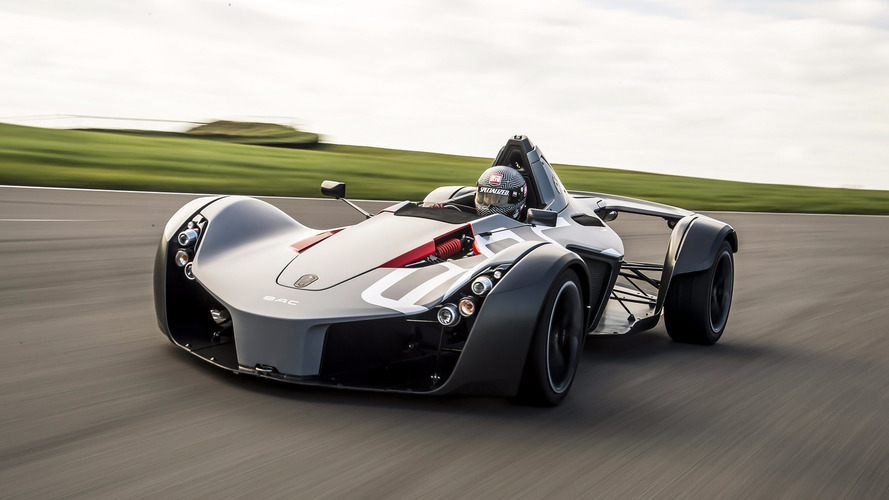 And an electric Mono.

The Briggs Automotive Company – or BAC – has a reputation for building one of the most track-focused vehicles on the planet in the open-cockpit Mono. Under the hood is a 2.5-liter engine good for 305 horsepower (227 kilowatts) and a 0 to 60 mile-per-hour (96 kilometer-per-hour) time of around 3.0 seconds . But the small company has big plans for the near future.

In a recent interview at the Wilton Classic & Supercar show in the U.K., BAC announced that it’s planning a hybrid hypercar to rival that of the LaFerrari, Porsche 918, and McLaren P1. Unlike the Mono, it will have two seats and a roof, and a price tag of around 1 million ($1.25 million) when it goes on sale.

Most of the details are still being ironed out, but founder Neill Briggs did say that the car would have more technology borrowed from "Formula E rather than F1." To help bring this dream a bit closer to reality, the company has assembled an advisory board of Mono owners to assist in development.

"A few years ago, people thought a hypercar was a massive beast of a thing that wasn’t even much fun to drive," said Neill. "We can all see where it’s going now with the racing tech going into cars like the new Mercedes, and it’s hugely exciting."

Already the company has shown that it can hold its own on the track. You may remember back in November, the Mono throttled the P1 GTR on the track at the Anglesey circuit in the U.K. Hopefully this new hybrid hypercar will be able to do the same.

Along with the proposed hypercar, BAC is reportedly working on an electric version of the Mono. Even with all these plans in place, BAC promises to stay at the “very exclusive end of the market.” The company estimates that no more than 120 cars per year will be produced.