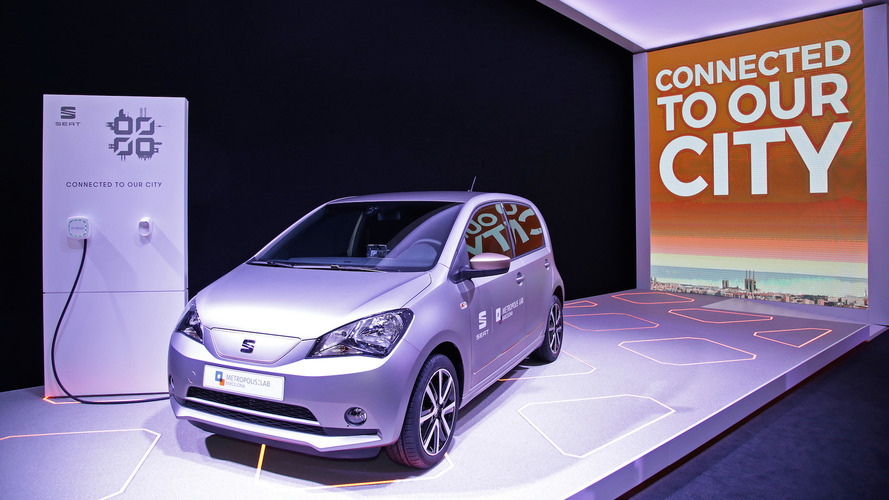 SEAT’s smallest offering, the Mii city car, just received a much-needed makeover and an all-new powertrain. In place of the standard 1.0-liter 59-horsepower (43-kilowatt) engine is a new electric powertrain with a range of 100 miles (160 kilometers). The e-Mii made its debut at the Mobile World Congress (MWC) 2017 in Barcelona, Spain this past weekend.

The e-Mii can be charged in nine hours using a standard household socket. Equipped with a more powerful CCS 40-kW system, the battery can go from dead to 80 percent capacity in just 30 minutes. Unfortunately, SEAT says it has no plans to bring the e-Mii to production anytime soon. Instead, the company will focus on mobility as a whole. CEO Luca De Meo made those plans perfectly clear at the MWC.

"SEAT’s goal is to make progress and become a leader in technologies which enable us to offer an experience that is easy, connected and customized," he said. "Technologies such as the ones we are presenting today and expect to include in our models beginning in 2018-2019." 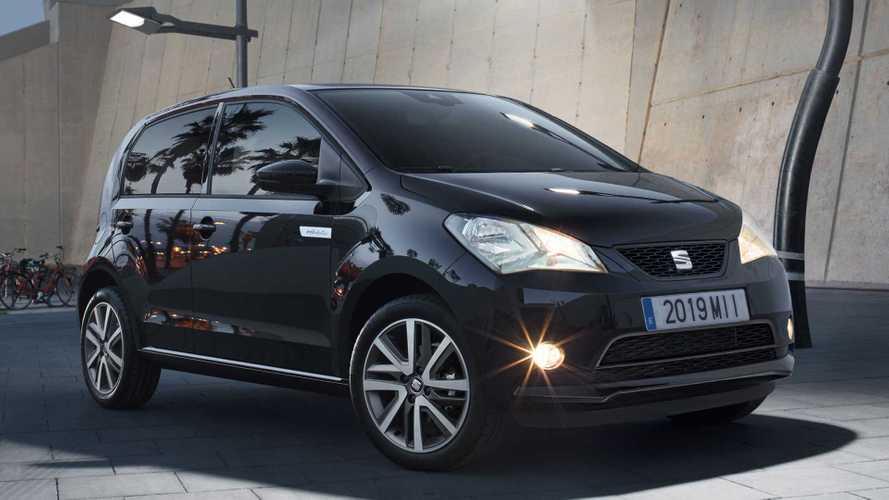 SEAT is revealing the company’s vision of the future of driving at the Mobile World Congress in a digital ecosystem which enables a new relation between the car, the driver and their environment. SEAT President Luca de Meo presented the company’s main developments today in the scope of connectivity, and announced that the brand’s vehicles will be equipped with these innovations between 2018 and 2019.

Real time traffic forecasts, en-route recommendations (restaurants, shops, services, etc.) and suggestions depending on driver schedule changes are some of the novelties that SEAT is presenting at the MWC. After configuring their mobile phone, visitors can sit in an impressive simulator and experience what driving in the future will be like. The simulator features a predictive assistant that helps drivers optimise their time, anticipating their needs and offering suggestions automatically according to the context, even before users settle into their car.

Of the three future megatrends in the automotive industry (electrification, autonomous car and connected car), SEAT is committed to connectivity to position itself for the challenges it faces in upcoming years. SEAT wants to become a front-runner in vehicle connectivity, and to achieve this the brand is creating a digital ecosystem to customise and enhance the user experience. “SEAT’s goal is to make progress and become a leader in technologies which enable us to offer an experience that is easy, connected and customised; technologies such as the ones we are presenting today and expect to include in our models beginning in 2018-2019”, announced de Meo.

Among the novelties he presented with respect to on-demand functions is an extended concept of predictive navigation, compared to real-time navigation, which predicts traffic jams before they happen and suggests alternative routes. “We spend an average of 2.5 years of our lives at the wheel, and during rush hour in Barcelona, driving time can go up by 50%. Predictive navigation can help solve this problem, but navigation systems don’t know this yet”, said Luca de Meo. The systems that the company is working on will cross-reference traffic data in real-time with factors such as school opening and closing times, forecasted traffic when major events are held or weather conditions.

“Until these functions become a reality, we are launching the SEAT Dongle, which will be on the market in the second half of the year”, stated de Meo. The Dongle is a device which enables vehicles that are not adapted to support digital technologies, such as the ones sold in the past, to access latest generation connectivity services. Thanks to an OBD connection (On Board Diagnosis port), the Dongle securely extracts data from the car and sends it to the Smartphone to be able to interact with the vehicle via an app.

One of the new spaces where SEAT will conduct research in mobility will be the SEAT-run Metropolis:Lab Barcelona, the Volkswagen Group’s sixth international research centre following the five IT Labs in Wolfsburg, Berlin, Munich and San Francisco. As announced by de Meo, it will become operational this April. “Metropolis:Lab Barcelona will be located in Pier01, headquarters of the Barcelona Tech City and an ideal setting for us, as it puts us near the city’s innovative entrepreneurial ecosystem and enables us to strengthen our collaborative partnerships with Barcelona”, emphasised the President of SEAT.

23 specialists will work there during the first year, including engineers, developers and data scientists. They will develop software and algorithms related to mobility services using data obtained from vehicles, Barcelona as a Smart City and the movement of pedestrian traffic, with the goal of creating an easier, safer and more efficient relation between people and vehicles in urban environments. The Metropolis:Lab Barcelona team will be enlarged in upcoming years until reaching a staff level of 50 highly skilled professionals.

The Metropolis:Lab Barcelona specialists also have the use of a fleet of vehicles that SEAT is using to launch a carsharing pilot project in Barcelona. The fleet will be made up of 10 eMii units, the electric prototype presented by SEAT at the MWC. “What we see on the stand is the car that will allow is to test the operation of electrical technology in shared use vehicles. This does not mean that this is going to be our first electric car, but it is the ideal vehicle for carrying out these tests in Barcelona”, stressed de Meo.

All Pier01 staff, approximately 1,000 people, will have these vehicles at their disposal. Users will access the eMii units via Digital Access, a mobile-enabled technology that replaces a physical key, specifically conceived for collaborative economy environments.

SEAT is also displaying its digital potential through the SEAT Talks, a programme of lectures where several speakers will discuss connectivity and the role of technologies in the scope of mobility and the automotive industry. The participants include internationally renowned experts such as Johann Jungwirth, Chief Digital Officer of Volkswagen AG, who will be delivering his lecture on Tuesday the 28th; Vicent Rosso, consultant and general manager of BlaBlaCar; professor Enrique Dans of the IE University or Max Krasnykh and Nadav Zohar, from Gett.

In addition to these speakers, other participants include the members of SEAT’s Easy Mobility Team, the company’s transversal team which is working on future solutions related to digitisation and R&D, customer experience and new business areas. Likewise, some of the start-ups that SEAT is collaborating with to develop future technologies will present their projects in the presentations area of the stand.

In this context, SEAT has organised an Entrepreneurs Day for March 2nd, where the start-ups that are participating in the SEAT Accelerator by Conector programme will present the progress made in their projects. There are currently six start-ups working on developing apps, new functions and services related to the future of the automotive industry.

SEAT is completing its ambitious participation at this edition of the Mobile World Congress outside the main venue with its own space in the 4 Years From Now (4YFN) –organized by Mobile World Capital Barcelona–  to recruit highly skilled talent and professionals from technological environments. In addition, the brand is taking part in the Youth Mobile Festival (YOMO) side event, which has been designed to enable students from all over Spain to experiment with science and technology. The company is going to give them the opportunity to get to know Barcelona in 4D thanks to a system of augmented reality. In addition, company vehicles will be used by VIPs and speakers attending both the MWC and the 4YFN venues, for their shifts in the city.

Furthermore, SEAT will also be present at the stand of mobile payment solution specialist Sunhill. Three SEAT cars equipped with FullLink technology will be available for visitors to check out how connected car technology works in combination with the Travipay car park mobile reservation and payment system.

SEAT is the only company that designs, develops, manufactures and markets cars in Spain. A member of the Volkswagen Group, the multinational has its headquarters in Martorell (Barcelona), exporting more than 80% of its vehicles, and is present in over 75 countries. In 2016, SEAT achieved worldwide sales of 410,200 units, the highest result since 2007.