Here's the Koenigsegg Regera naked, try not to stare 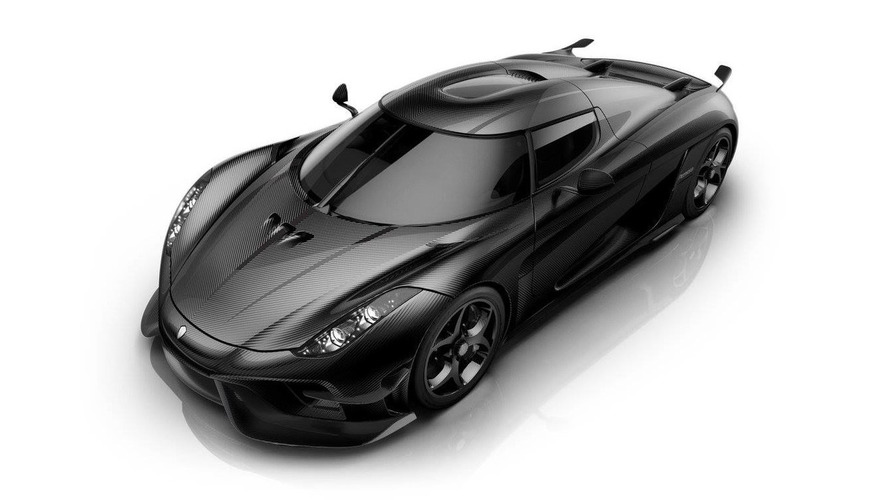 Supercar nudity at its best.

After checking out the Mandarine Regera envisioned by Koenigsegg’s head of design, the 1,500-hp beast is back in more sinister attire. The company’s Facility Manager, Chrille, is showing off his vision of a perfect Regera featuring a clear carbon body without a drop of paint on it. For extra badassery, he slapped on several black strips and fitted the hypercar with the optional aerodynamics package. The naked and gearbox-less Regera sits on carbon “Tresex” wheels backed by a set of brake calipers finished in anthracite to complete the menacing look.

The bare carbon fiber theme continues inside the cabin where the Regera’s dashboard has the same composition on the center console, A-pillars, as well as on some sections of the door panels and steering wheel. The dashboard is covered in black Alcantara to diminish reflections, while the seats have been wrapped in a carbon/black upholstery with so-called “Snow” inserts. The white finish is also noticeable on the back wall to create a two-tone appearance.

Check out some of the other Regera in-house designs:

The series of in-house designs presented on Facebook will go off with a bang later this week when company founder Christian von Koenigsegg himself will share his take on an ideal Regera. Further down the line, the Swedish marque will set up a configurator on its website to allow everyone create their dreamy liveries.

Those who can actually afford to buy the real deal need to hurry as only 80 units are ever going to be made. Koenigsegg isn’t saying how many of them are still up for grabs, but probably not a lot considering at the Geneva Motor Show last year where the Regera made its debut in production guise there were already 40 people lineup up to claim one. For what it’s worth, a right-hand-drive car fully homologated for Australian will land Down Under by mid-2018 for anyone willing to fork out in excess of 3 million AUD.