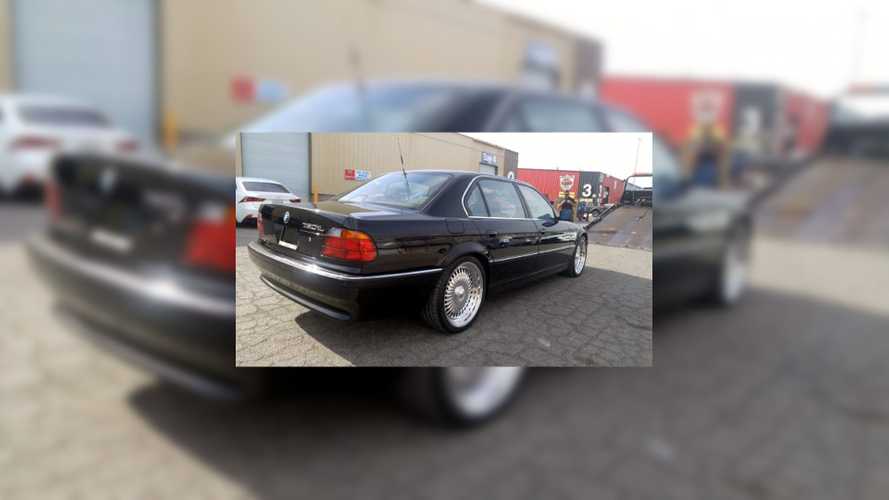 The car has been restored since the tragic incident.

Arguably one of the best rappers of all time, Tupac Amaru Shakur was on the front passenger’s seat of a 1996 BMW 750iL driven by Death Row Records co-founder Suge Knight on the night of September 7, 1996. While stopped at a red light in the center of Las Vegas after attending the Bruce Seldon vs. Mike Tyson boxing match, a white Cadillac pulled up to the luxury sedan’s right side and then gunmen from within the vehicle shot Tupac multiple times.

The bullets hit him twice in the chest, once in the arm, and once again in the thigh. He died six days later aged 25. To this day, the police haven’t been able to find out who killed Tupac and injured Suge Knight on the ill-fated night.

The black 7 Series pictured here has covered more than 90,000 miles (144,840 km) and is now for sale at Moments in Time for no less than $1.5 million. The 750iL was impounded by the Las Vegas Police Department after the shooting and has had several owners since the unfortunate incident. It has been restored, but the indentations caused by the numerous bullets are still noticeable inside the door panels.

While the car does have an interesting background for fans of the talented rapper, the asking price is simply ridiculous. You can buy a 1996 BMW 750iL with just about the same mileage for less than $10,000. It remains to be seen whether a diehard 2Pac fan will be willing to fork out so much money for the infamous vehicle.

As a final note, one of Tupac’s cars — a fully loaded 1996 Hummer H1 — was sold at an auction almost a year ago for $337,144, with the final bidding price exceeding more than three times the estimation made by the auction house.

Source: Moments in Time via The Fader