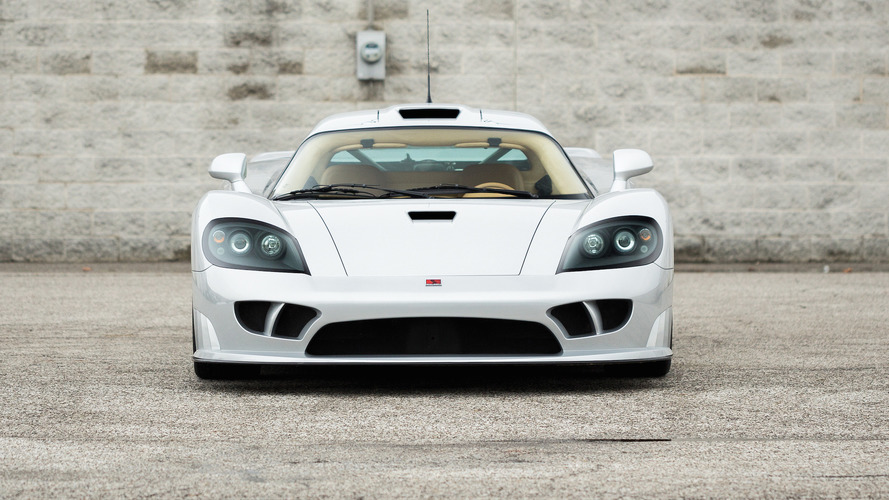 The American-made Saleen S7 is as rare as it is beautiful. Production lasted just a few years, and in that time just 1,500 were built. But of the handful of examples available on the used market, this one in particular is unlike any other. It’s heading to auction next month as part of the RM Sotheby’s Amelia Island sale.

So what makes it unique? Apart from the 550-horsepower (410-kilowatt) V8 and a top speed of over 200 miles per hour (321 kilometers per hour), this is the only S7 ever finished in Speedlab Silver with a Beige leather interior, surprisingly enough. It wears seven-spoke silver polished wheels to match, and even comes with a certificate of authenticity identifying its one-of-a-kind credentials.

Along with the unique paint job and interior work, it’s one of just eight S7s built for the 2004 model year, and one of just 30 naturally-aspirated examples. It was sold new through Ron Tonkin Gran Turismo of Portland, Oregon, and remained with its first owner for two years before being sold again. It’s had two other owners since then.

Next month it will hit the auction block at the RM Sotheby’s Amelia Island sale where it’s estimated to go for anywhere between $390,000 to $500,000. It features a fully adjustable front and rear suspension, four-wheel ventilated Brembo disc brakes, and a mid-mounted 427 cubic-inch V8 at its core.

The car is completely stock and comes with the original window sticker, owner's manual, tool kit, and even two sets of keys. Not to mention it's driven just over 1,500 miles (2,414 kilometers) since new.

If you're looking to add this rare American exotic to your collection, it will cross the auction block on March 11, 2017.

America’s own exotic supercar, the Saleen S7 was the brainchild of Steve Saleen and marked his company’s first venture in producing an all-new supercar. The company had built a stellar reputation tuning and modifying Mustangs, but never before had he built and designed a car under its own name, a venture which would help to further cement the company’s reputation in the industry. Built on a completely unique chassis with lightweight carbon-fiber bodywork, the S7 was developed with racing in mind, with road-going examples constructed to meet homologation requirements, and of course to please eager customers looking for a true all-American supercar.

With a mid-mounted 427-cubic inch V-8 engine at its heart, the S7 could truly compete with the world’s most exclusive and fastest supercars, boasting a top speed of over 200 mph and a 0–60 mph time of 3.3 seconds. The racing version of the S7, the S7R, proved to be a competent competitor on the track, achieving class wins at both the 12 Hours of Sebring and the 24 Hours of Le Mans, especially impressive when considering their competition.

One of just eight S7s built for the 2004 model year and a total of 30 naturally aspirated S7s ever built, this car was sold new to its first owner that year through Ron Tonkin Gran Turismo of Portland, Oregon. Finished in Speedlab Silver over Beige, it was fitted with seven-spoke polished wheels. The car comes with a Certificate of Authenticity from Saleen confirming that it is the only S7 built with these exact colors and options. While only remaining with its first owner for two years, the S7 was sold to its second owner in 2006, who retained the car through 2014. In addition to the aforementioned certificate, the S7 is also accompanied by its original window sticker, owner’s manual, and tool kit.

At a time when the supercar industry was dominated by European manufactures, the S7 provided a welcome change for the horsepower junkie looking for something, unique, fast, and American. Not only did it stand up to the offerings from Europe, the S7 proved to be more than a match both on racetracks at home and abroad. Having travelled just under 1,500 miles from new, this particular example presents exceptionally well in the subtle yet tasteful color combination. For the collector looking to scratch the itch for their need for speed with something a little out of the ordinary, there can be no better choice.