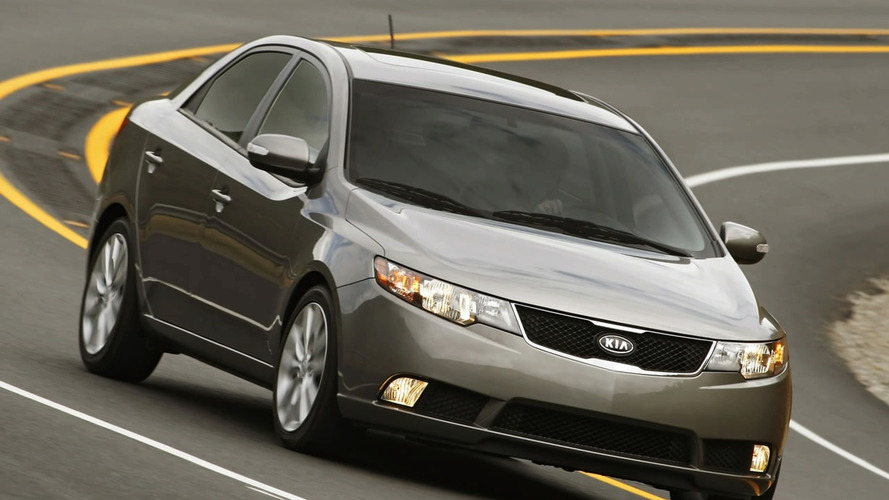 Kia has used the Chicago Auto Show to introduce the public to the new Forte, a compact sedan playing alongside cars like the Toyota Corolla. It's offered with two engines and three different trim levels.

Kia Motors America is adding to its tally of 11 vehicles by introducing the new 2010 Forte at the Chicago Auto Show. Set as the Spectra replacement the sedan heralds yet another push for the Korean automaker into one of the world's biggest vehicle markets. It signals a shift in Kia's design thinking and features bold new lines with a touch of new sophistication.

Three trim levels namely LX, EX and SX will be offered and each of them comes with different specification levels. For one the sportier SX with its more athletic profile gets 17-inch alloys with P215/45R17 tyres and a rear spoiler. Again depending on the model the Forte can be specified with amenities like a USB port, Bluetooth connectivity, a SIRIUS Satellite Radio system with three-month complimentary subscription and steering wheel controls.

Safety is covered by systems like side curtain airbags, ABS, traction control and a tyre pressure monitor.

The two models LX and EX use a 2.0-litre four-cylinder engine that produces 156hp (115kW) and 144 pound-feet of torque. The SX variant has a 2.4-litre engine that makes 173hp (127kW). These compare well with competitors like the Toyota Corolla and Honda Civic sedan. Both the LX and EX come standard with a 5-speed manual transmission or a four-speed auto gearbox while the SX gives potential buyers a choice of 6-speed manual or 5-speed auto with Sportmatic.

The Kia Forte's next public stop is expected to be the 2009 Geneva International Motor Show in three weeks' time. Recommended pricing will be announced at a later stage.