This time we get an even better look at that new interior.

The facelifted Range Rover Sport has been more than a few years in the works. We got our first look at it back in 2015, and since then we’ve seen it more than a few times out on the road (and track), specifically in SVR trim. But these new photos give us our most defined look yet at the freshened up SUV yet.

Seen here on some snowy backroads, the fresh new Range Rover wears a healthy amount of camouflage to keep its redesign mostly under wraps. What can be distinguished is the new front grille and accenting vents on the side of the fascia and underneath the grille. The side panels have gone mostly unchanged, and the rear doesn’t look like it’s been given much of a redesign at all – not that it needs it. 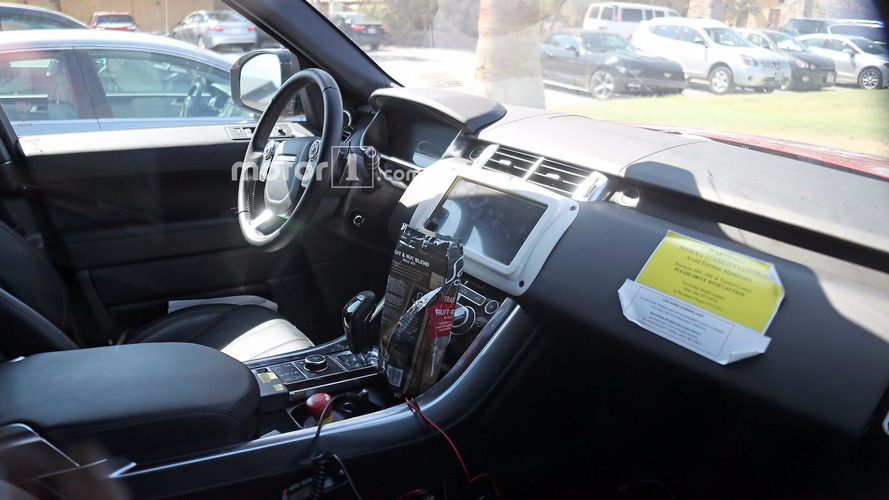 In the cabin is where most of the upgrades will happen. A more generous 10.2-inch touchscreen system will replace the current 8-inch screen. It’s the same system buyers get on the last Discovery Sport and Evoque, and comes with a variety of new options to play with.

Expect the engines to mostly carry over from the current generation. The 3.0-liter supercharged V6 will remain in both gas and diesel. The only exception will be the range-topping SVR, which will get the same supercharged 5.0-liter V8, but could see power increase to as much as 575-horsepower (423 kilowatts) and 516 pound-feet (700 Newton-meters) of torque to match the F-Type SVR. That would propel the SVR to 60 mph in less than 4.5 seconds and on to a top speed of 162 mph.

Land Rover is expected to introduce the fresh new Sport later in the year.