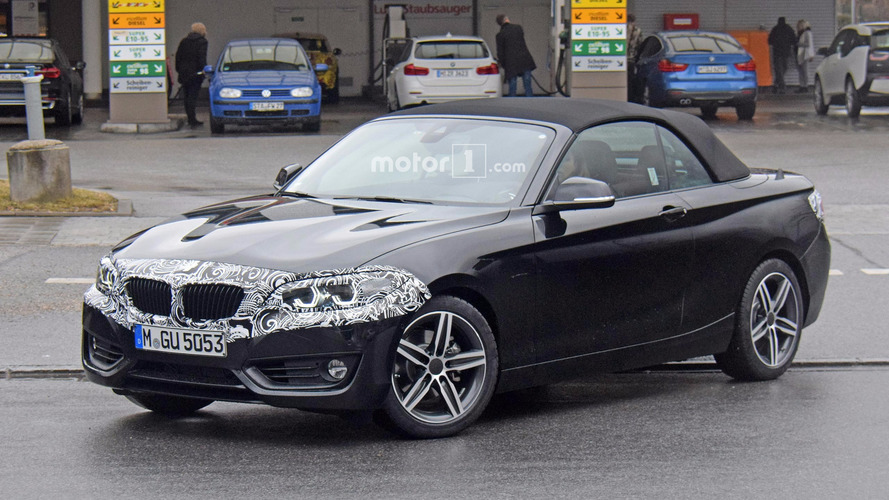 A minor facelift should keep the 2 Series modern while BMW develops a replacement.

BMW is keeping the 2 Series lineup fresh by developing an updated face for the premium compact coupe, and a new gallery of spy photos now shows us the future look on the droptop version. Based on these and past pictures, don’t expect a major overhaul for the revised model’s design.

The convertible has camouflage over the same portion of the front end as in earlier images of the coupe. The concealment’s location indicates revisions for the grille and more angular headlights, but otherwise the 2 Series face seems to stay largely the same. BMW’s engineers attempt to hide a little of the back by covering up the area around the taillights and a small portion of the fascia. The tweaks are quite minor, though.

These photos don’t provide a good look at the updated 2 Series interior, but according to our spies there’s concealment over the dashboard. Given the updates on the outside, it’s unlikely there are major tweaks for the cabin. An improvement for the infotainment system is the most likely revision.

Given the small scale of these updates, it shouldn’t take BMW long to have the revised 2 Series ready for the road. Look for its debut before the end of the year.

BMW allegedly has major changes in store for the next-generation 2 Series. A rumor indicates that the company wants to switch the model to a front-wheel-drive layout as a way to compete directly against the Audi A3 Sedan and Mercedes-Benz CLA-Class.  In addition, Bimmer would add a four-door Gran Coupe variant as a challenger to these premium German rivals. Allegedly, the overhauled 2 Series could arrive as soon as 2018 and later spawn a ranging topping M variant for fighting the RS3 Sedan and CLA45. 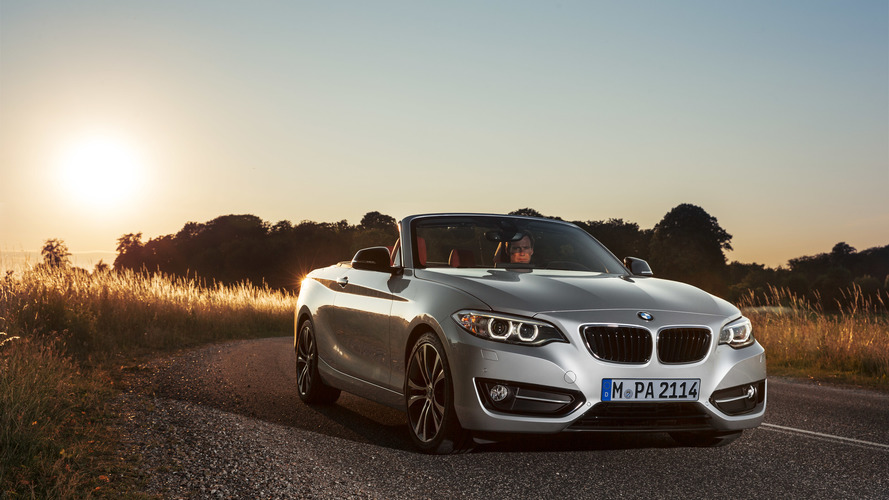