Kia will have its own version of the small crossover.

It was three years ago at the Geneva Motor Show where Hyundai unveiled a very attractive concept for a B-segment crossover named “Intrado” after the underside area of an aircraft’s wing. The showcar (pictured below) was the company’s way of announcing plans for a small high-riding model with a quirky front fascia to take on the funky Nissan Juke. Now, the yet unnamed model is getting ready for its official reveal ahead of an already confirmed U.S. launch in 2018. 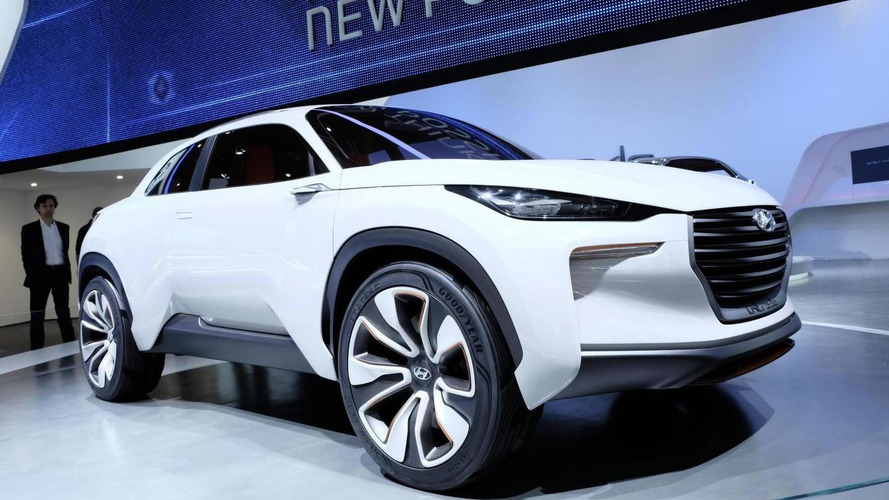 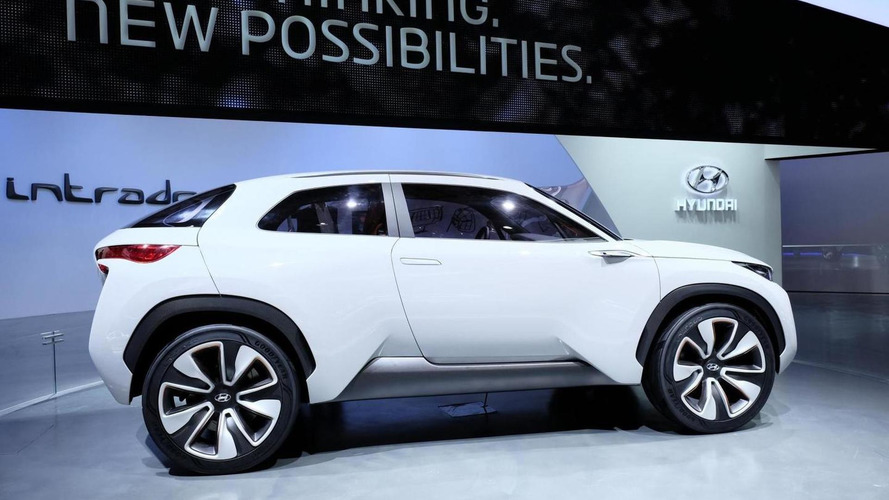 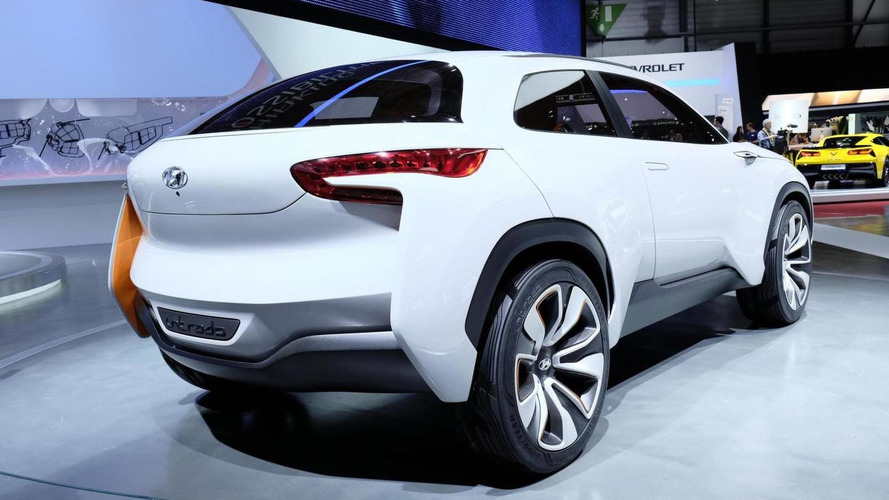 To ease the wait, our colleagues from OmniAuto.it have decided to digitally remove the camouflage applied by Hyundai on its prototypes in order to provide an early look at what to expect from the real deal. The disguise installed by the South Korean marque on its test vehicles was not able to hide the thin strip of headlights featuring a shape somewhat similar to what models such as the Jeep Cherokee and Citroën C4 Cactus have. Kia is getting its own version of the subcompact crossover, but spy shots have revealed the model — believed to be called Stonic — will employ more conventional clusters.

At the back, a pair of wide taillights with a design in the same vein as those of the i20 will be installed. Speaking of the supermini, chances are the new crossover from Hyundai will borrow many of the bits and pieces from the i20, but with an interior cabin likely to have more in common with the larger i30 as evidenced in one of the spy shots attached below.

Hyundai has not announced when it will unveil its rival for the Nissan Juke, Toyota C-HR, Ford EcoSport and the like, but at least we do know it will be sold in many regions of the world. An even smaller A-segment crossover will follow, while the existing models are going to be refreshed in the years to come. To make room in the lineup for these two new crossovers, Hyundai has plans to make the compact Tucson larger for its next generation.