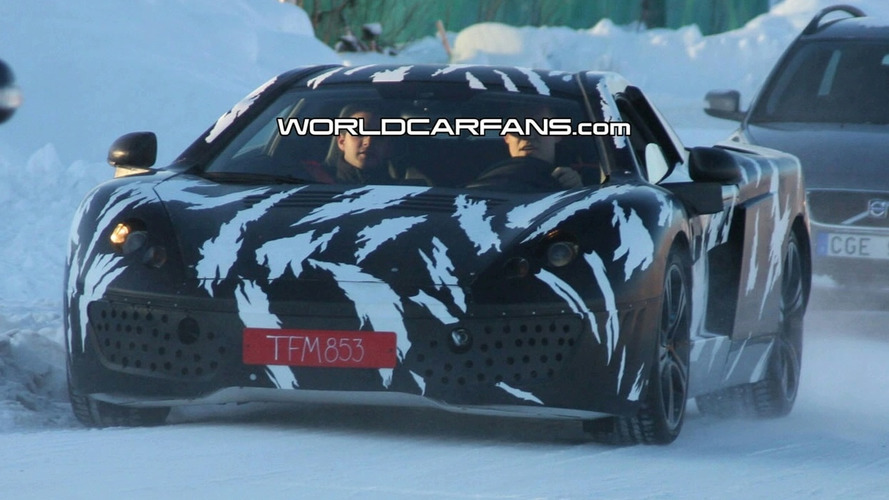 McLaren's next supercar codenamed P11 has been spied on video during winter testing in Scandinavia. The engine note is promising bigger things to come.

For the first time an exclusive spy video showing the McLaren P11 is out. The car has been caught testing during harsh cold conditions in Scandinavia. Previously its wide open ‘gullwing' doors were spied in still shots. It appears that only one windscreen wiper is fitted. From the vehicles escorting it in the video clip one would assume the car was a Volvo but it is quite far from it.

The P11 (codename) is the first new supercar project to emerge from McLaren following the dissolved partnership with Mercedes-Benz. That agreement bore the 2009 McLaren SLR and its offshoots. A total of 3,500 SLRs will have been produced by the time production ends this year. McLaren plans to eventually sell 4,000 units of the P11 each year.

Reports say it will churn out in the region of 550hp (404kW) from a V8 engine supposedly coming from Mercedes-Benz. It will be coupled with an F1-style sequential gearbox and is expected to cost about €400,000. Competitors will include cars like the Lamborghini Gallardo LP 560-4, the Ferrari F430 replacement and Mercedes-Benz's own SLC which is also currently undergoing extensive testing. The McLaren P11 will be released in 2010.