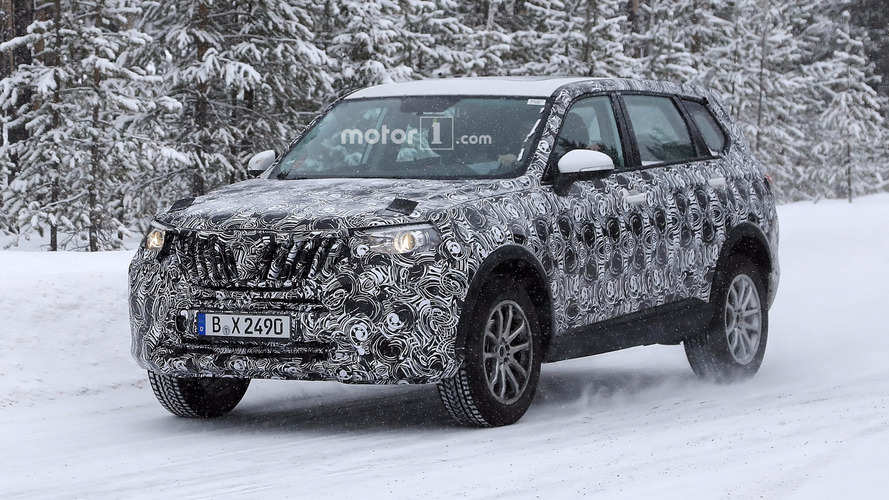 Although it was spied in Europe, this will likely be a China-only SUV.

For those unfamiliar with the Brilliance marque, it’s a Chinese automaker known by some people thanks to its joint venture with BMW in the People’s Republic. The two have a sub-brand called “Zinoro” and one of the models on sale is the 1E, introduced towards the end of 2013 as an all-electric X1-based crossover. A more recent model would have to be the Zinoro 60H launched in 2016, which takes the shape of a long-wheelbase X1 fitted with a plug-in hybrid powertrain.

The company is now gearing up to introduce the V7 set to become the most expensive model in the range and consequently act as the flagship. Despite being photographed in Europe carrying German plates, the SUV is expected to be a China-only model when it will arrive later in the year.

Unsurprisingly, reports are indicating it will take advantage of the tie-up with BMW by making use of a four-cylinder engine developed by the Bavarians. It will allegedly be a turbocharged 1.5-liter gasoline unit with 150 horsepower channeled to the road via a six-speed manual or an optional six-speed automatic. A plug-in hybrid derivative is also on the agenda and will come with a slightly different exterior design.

Photos of the interior are not available in this batch, but Chinese media has managed to catch a glimpse of the cabin set to feature a massive Tesla-like vertically oriented touchscreen for the infotainment. As for the exterior, the design seems to be pretty much straightforward, without anything that would make it stand out from the current crop of crossovers and SUVs. Once the camo will come off, it will reveal an overly shiny grille complemented by lots of other chrome accents on the front fascia and side skirts as seen in leaked official images from July last year during a product presentation to dealers.

Brilliance will unveil the V7 in production guise in April at the Shanghai Auto Show and is going to have it on sale in the second half of the year.