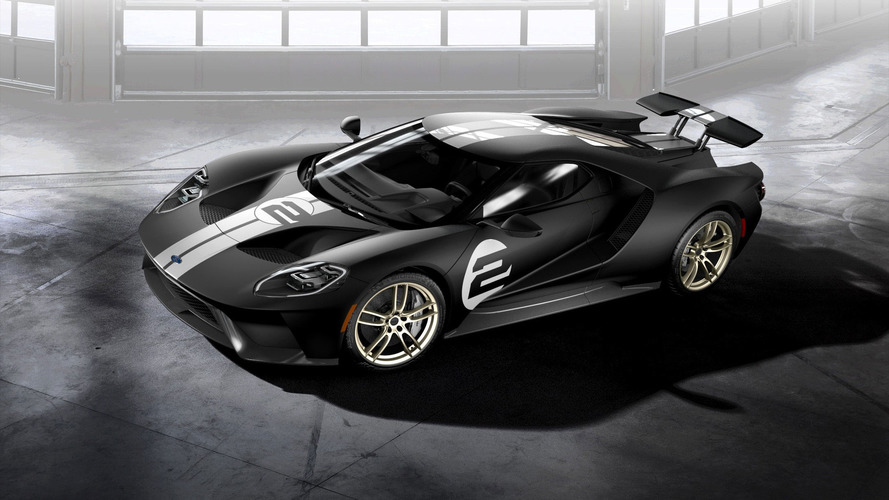 It would be lighter than the standard model, and quicker too.

The 647-horsepower (482-kilowatt) Ford GT should be more than enough to get your blood pumping on road or track. But is an even more extreme, lightweight Competition Series on the way? A video from our friends at DragTimes suggest that could be the case.

The video takes us through the new owner’s manual, and points out some interesting details that Ford hasn’t yet released to the general public. The first of which comes on page 42 – the full owner’s manual can be seen here.

On page 42, Ford talks about the "Keys and Remote Controls," and suggests that a special "Competition Series" key fob will differ from the standard fob and offer a traditional metal key. It also gives a note on the lock cylinder, which says "on competition models is on top of the hatch."

The reason that Ford offers two different key fobs is because the rear hatch on the competition model is equipped with a locking AeroCatch-style hood-pin latch. The details of the new latch are explained on page 149 of the owner’s manual. There are also details to suggest the competition model could be lighter than the standard model, which itself weighs in at about 2,890 pounds (1,310 kilograms).

The Ford GT Competition Series model will ditch the traditional hydraulic prop on the engine bay in place of a traditional two-piece unit likely to save a few extra pounds for the track. The prop shows most of the engine bay, and a little cargo area just behind it with room enough for small luggage.

So far Ford has yet to confirm any details surrounding the inclusion of a competition series model.