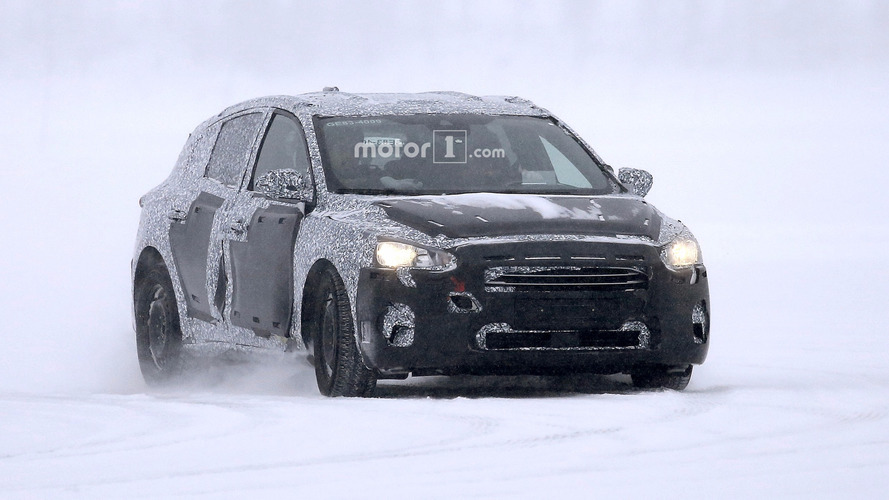 It seems Ford's focus (get it?) is on making it more high tech.

Having been introduced back in 2010, the third-gen Focus is now logically approaching the end of its life cycle scheduled to take place towards the end of the year or early 2018. The all-new model has been spotted yet again by our agile spy photographers, and this time the images are a tad more revealing as in some of them you can observe the prototype was equipped with a head-up display. As you can imagine, the system will be available at an additional cost and likely only on the upper-spec models.

The test vehicle was still wearing that annoying disguise all over the body, including on the roof where there were four interesting creases also dipped in camo. Expect the Focus IV to grow a little bit to accommodate a longer wheelbase that will pay dividends in terms of rear legroom, which as we all know is not that great on the outgoing model. Same goes for the trunk’s capacity, which presumably will be bigger as a result of the increased footprint and what will likely be better packaging thanks to the optimized hardware.

Our previous batch of spy images revealed the new Focus will have an overhauled dashboard design in the same vein as the Fiesta’s by hosting a free-standing touchscreen display part of the infotainment system running on Ford’s SYNC 3 system.

Beyond the usual hatchback and wagon body styles, the Blue Oval will likely decide to spice up the range by doing a pseudo rugged version wearing the “Active” suffix as it’s going to be the case with the company’s new supermini. Some plastic body cladding, a raised ground clearance along with some other subtle tweaks will differentiate it from the regular models. The Fiesta Active will be front-wheel-drive-only, so chances are the Focus crossover lookalike won’t be blessed with AWD. That being said, the next-gen Focus RS due to arrive in many, many years from now might once again have the grippy setup as the current model.