Next Acura RDX spied failing to keep covered up 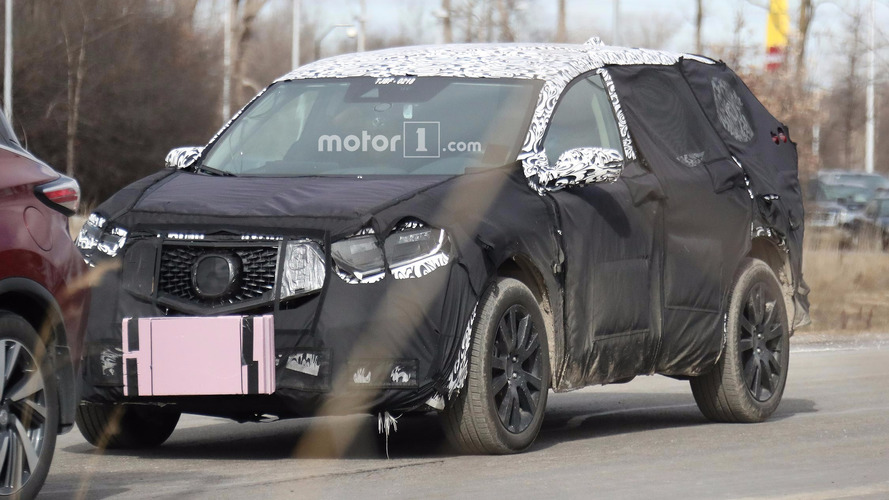 Acura's future crossover looks to have quite a growth spurt versus the current model.

Acura is prepping what appears to be a major update to its mid-size RDX crossover, and these spy shots are our best look at the overhauled crossover’s development since last year. This example has a lot of camouflage but not enough to hide all the vehicle’s secrets.

This prototype has a completely different look versus the last test mule, which suggests this one is largely using production body panels. In general, the shape appears to be larger and boxier than the current styling. Up front, there’s Acura’s new corporate grille that’s already on the MDX and spy shots show on the next TLX. Arched LED headlights flank it. Pink styrofoam hides the fascia, and we suspect this stuff conceals sensors for active safety tech. In profile, there are hints of the block styling from the latest Honda CR-V, with which the RDX shares a platform. The covering at the back conceals most the design, but the high-mounted taillights are partially visible. Partially integrated dual exhausts give the rear bumper a sporty look, too.

Under the hood, we still suspect the RDX would return to a turbocharged engine like the first-generation model. This time it would be a 2.0-liter turbo four-cylinder that would likely has a close relationship with the unit going into the next Accord. Given Acura’s most recent additions to its lineup, expect a hybrid to join the range at some point, too.

We suspect the new RDX to go on sale during the 2018 model year, and it might premiere at an auto show sometime in the latter half of 2017.

The premium midsized crossover segment is a crowded market, but Acura looks to be working hard to keep up with the competition. The company has a lot riding on keeping the RDX popular, too. In 2016, it was narrowly the brand’s second-best selling product in the United States with 52,361 deliveries. Only the MDX beat it with a volume of 55,495 units. The TLX sedan was a distant third for the marque by moving 37,156 units.