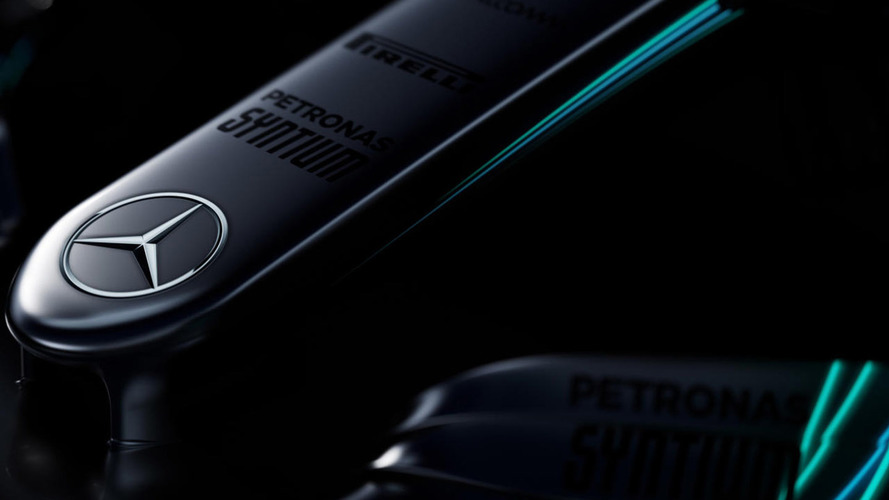 Mercedes has released some teaser images of its new W08 car ahead of its official launch at Silverstone on Thursday.

Lewis Hamilton and Valtteri Bottas are due to pull the covers of the team’s 2017 challenger tomorrow, during a filming day that the team has scheduled at the British track.

Just 24 hours before that event, however, Mercedes released some teaser shots of the car – which included its nose design.

Rather than featuring the thumb stub that the cars unveiled by Williams, Sauber and Renault have had, the Mercedes nose features a more rounded end – and its overall design appears to be quite narrow. The photos also offered glimpses of the wings, bargeboards and engine cover – but few details were given away.