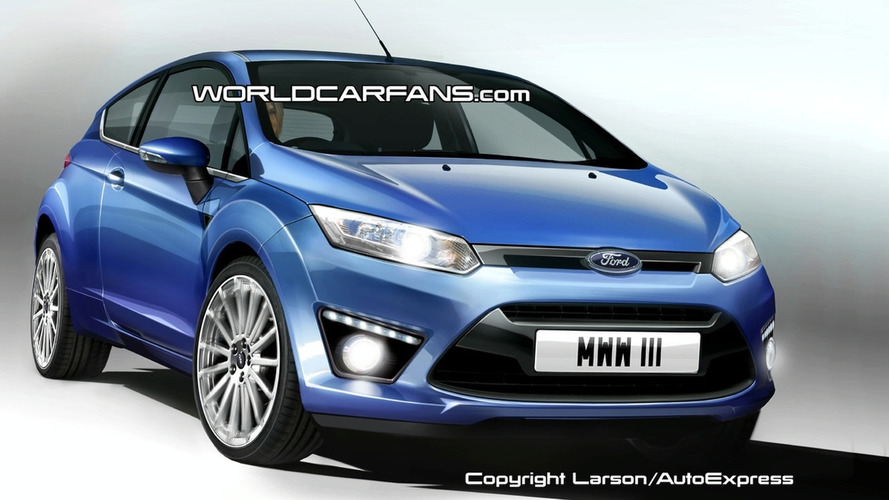 New speculation says Ford is working hard to compete with the new VW Scirocco by planning a coupe based on the Focus. It may come into market by the end of 2010.

Ford is said to have the Volkswagen Scirocco and the Renault's Mégane Coupe in its sights. A report carried by AutoExpress says the Ford Focus coupe will be ready for delivery by the end of 2010. Featured are renderings of what the car could look like if it made it into production. The style is very much in line with current Ford design philosophy as personified by the new Fiesta.

Basically it's a fastback coupe with a lower grille, LED headlights, chunky wheel arches, sloping tail end, a roof spoiler and big alloy wheels. The wheel base would be adequate to accommodate even taller people, giving it an air of practicality not immediately associated with coupes.

The interior would feature an iDrive-like system to reduce dashboard clutter and to move the Focus coupe into the realm of stylish, upmarket sports cars. The car would offer a stiffer suspension than its traditional hatch sibling.

Two diesel motors would join the lineup as well with a 1.6 TDCI of 89bhp (66kW), 108bhp (81kW) or 128bhp (95kW). These engines will be mated to a manual gearbox with an optional PowerShift twin-clutch transmission made available.