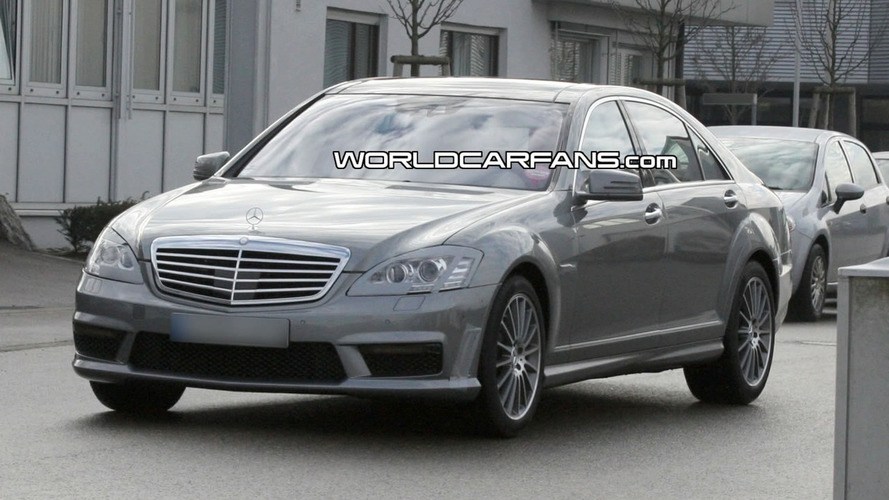 The Mercedes S63 AMG has once again been spotted undergoing testing and this time the model is virtually undisguised.

The upcoming 2010 Mercedes S63 AMG has once again been spotted undergoing testing and this time the model is virtually undisguised.

With only a few pieces of tape masking the S63's exterior details, we can finally see what the model will look like once it appears in showrooms later this year. The biggest changes are up front as the new model features an updated grille, new LED headlights, a reworked front bumper, and redesigned door mirrors with integrated LED lights. From the rear, the facelifted model is virtually identical to its predecessor as it appears the only change is the addition of new LED taillights.

While the exterior receives mirror updates, those wishing for a little more power under the hood will be disappointed. The current S63's 6.3-liter V8 engine is expected to be carried over unchanged but it still produces a healthy 518 hp and 465 lb-ft of torque, more than enough to allow the stately sedan to run from 0-60 mph in 4.5 seconds.