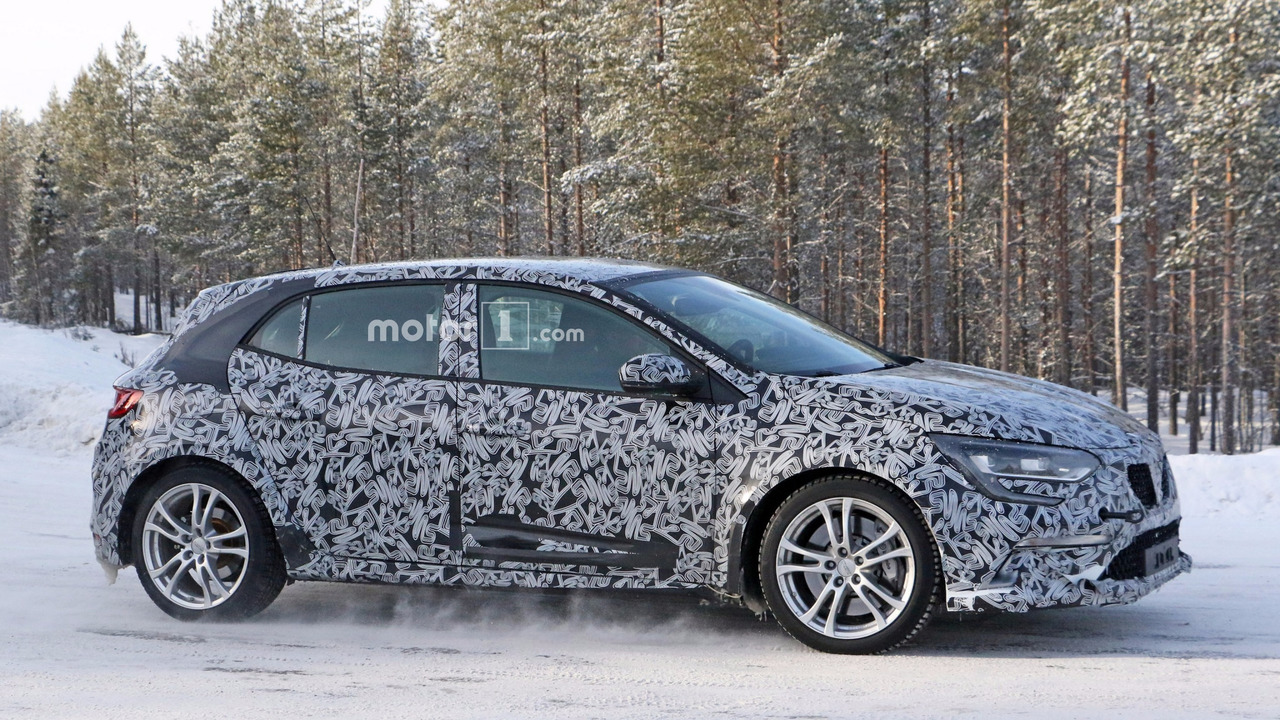 While at first you’d be tempted to say this is nothing more than a camouflaged Megane GT, in reality Renault was testing the hotly anticipated RS version on the snowy roads of Sweden. The “Brembo” lettering on the front brake calipers discloses the prototype’s true personality, as does the new exhaust system with dual tips mounted in the middle of the rear bumper in typical RS fashion. Not only that, but why would Renault test the Megane GT considering the warm hatch has been around since late 2015?

Now that that’s settled, the Megane RS is expected to bow in full production guise in September this year based on a leaked internal document pictured below. It probably means Renault will officially introduce the range-topping version at the Frankfurt Motor Show ahead of a market launch set for late 2017 / early 2018.

The million-dollar question is: front- or all-wheel-drive? The latest prototype doesn’t have any clues that would indicate the implementation of an all-paw setup, so chances are the next Megane RS will stick to its FWD setup. Based on a report from a few months ago, the five-door-only model will make use of a newly developed 2.0-liter turbocharged gasoline engine, which may or may not be shared with the upcoming Alpine sports car.

In charge of sending roughly 300 horsepower to the front axle will be an adaptation of the Nissan 370Z’s six-speed manual gearbox featuring rev-matching tech. At an additional cost, buyers will be able to opt for a dual-clutch, automatic transmission set to employ a launch control system.

While the Megane GT has four-wheel steering as standard (and you can’t ask Renault to remove it), the RS will have the system available as optional kit to allow the buyers decide whether it's worth the extra weight or not. The rumor mill is indicating Sport, Cup and Trophy suspension setups are on the agenda, along with optional adaptive dampers.

When it will arrive, the Renault Megane RS will allegedly take down the record for the fastest front-wheel-drive production car on the Nürburgring. Time to beat? That’d be 7 minutes and 47.19 seconds achieved by the VW Golf GTI Clubsport S in October 2016.