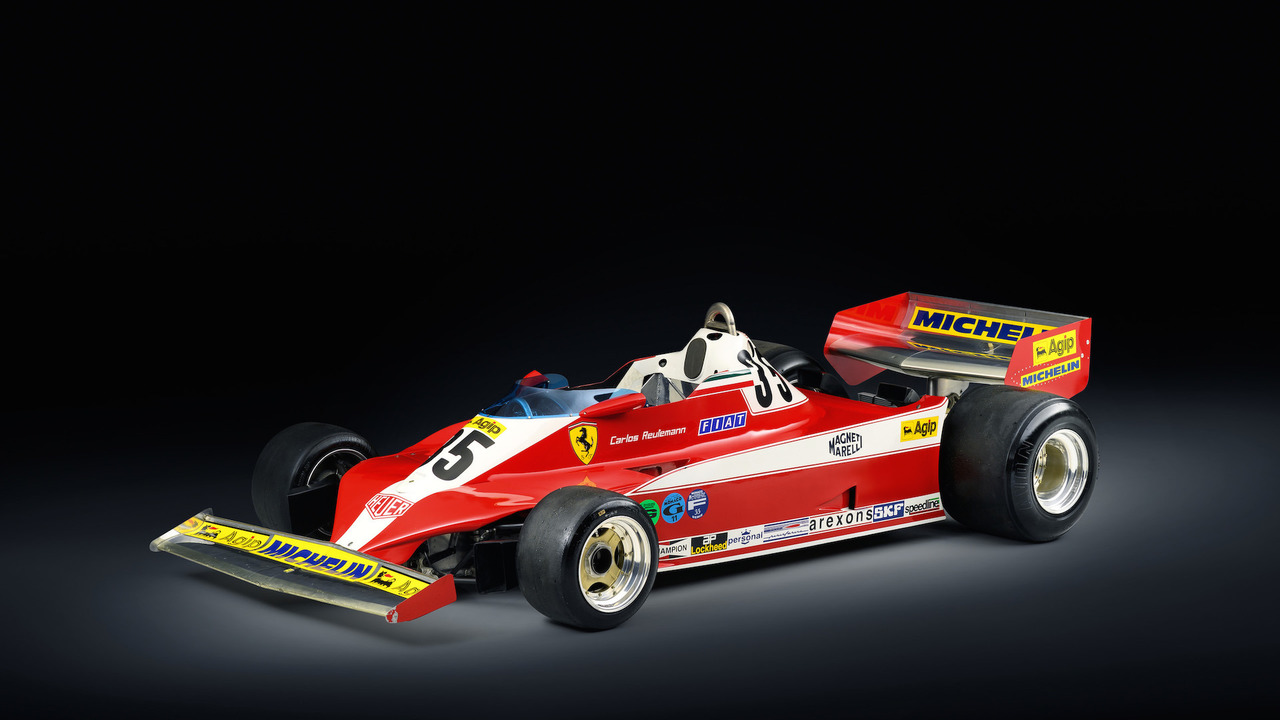 Ferrari’s Formula 1 turnaround came in 1975 with the arrival of the 312T. In a five-year span, the car would see six different iterations, and take home 61 podiums, 4 Constructor’s Championships, 3 Driver’s Championships, and more than 27 wins. Now one of these icons is up for sale.

Available through Fiskens in London, this particular 312 is the third variation of six produced and wears the chassis number 032. The 312 T3 made its debut at the 1978 South African Grand Prix and was driven by Gilles Villeneuve and Carlos Reutemann throughout the season.

Like the original 312T introduced in 1970, the T3 used the same flat-12 engine producing around 515 horsepower (384 kilowatts). The chassis was completely new over the outgoing T2 when it was introduced, and featured a new monocoque structure and suspension arrangement to work better with the Michelin tires.

Reutemann would take home a win at the 1978 U.S. Grand Prix behind the wheel of the 312 you see here, as well as a pole position at the Monaco Grand Prix later in the year. Overall, Ferrari would finish second in the Constructor’s Championship behind Lotus in 1978.

Retirement for the 312 T3 came came in 1979, replaced by the more aerodynamic T4. After its success on the track, Ferrari sold chassis number 032 to French collector Jacques Setton, who curated the Setton Collection. The car has since changed hands a number of times, mostly through various collections, but it now being offered up to the general public.

Considering it is a race winner and a Monaco pole sitter, the car undoubtedly has plenty of appeal to Ferrari collectors. The dealer doesn’t list a price on its website, but if you have to ask...

If you're looking for a much cheaper version, head over to the Amalgam shop where you can take home this 1979 Ferrari T12 T4 scale model.