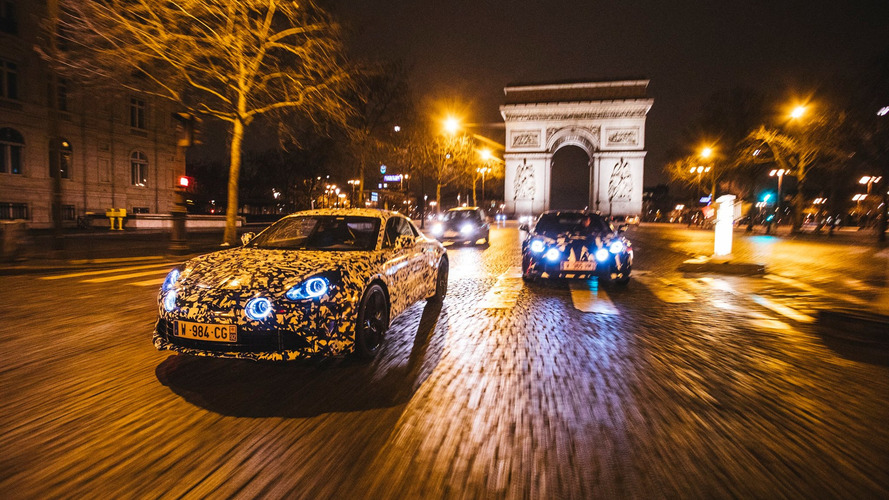 Alpine is (really) slowly getting us to the official premiere of the final production version of its new sports car. This time, the Renault-owned brand has decided to take camouflaged prototypes of the vehicle for a night ride across Paris. This is actually the “last trip” for the test cars before the reveal of the new model, as the company says, so we are, hopefully, very close to the actual debut. Fingers crossed.

Previous spy shots have already revealed the production model will be very close to the Alpine concepts in terms of design, and these new real-life photos, serving as teaser images, prove that once again. Speaking of design, it’s not only for aesthetics, but will play a major role in the vehicle’s aerodynamics. For example, the bespoke aluminum platform of the vehicle will use an entirely flat floor for lower drag coefficient, while the diffuser in the rear bumper will improve the airflow.

The precise aerodynamics will be combined with a low weight, thanks to clever savings like the body-hugging seats which are as much as 50 percent lighter to the ones used in segment rivals. The Porsche Cayman competitor will be powered by a 1.8-liter turbo engine, according to some reports, while other sources claim power will be provided by a larger 2.0-liter unit. Either way, the A120 (name not confirmed) will be able to accelerate from a standstill to 62 miles per hour (0-100 kilometers per hour) in 4.5 seconds.

If all those numbers sound intriguing to you, don’t waste time and place an order. Early reservations for the Premiere Edition of the car are already available through a special application. The French company plans to produce no more than 1,955 units of this special edition, a reference to the year when Alpine was established. Deliveries are expected to start before the end of the year.