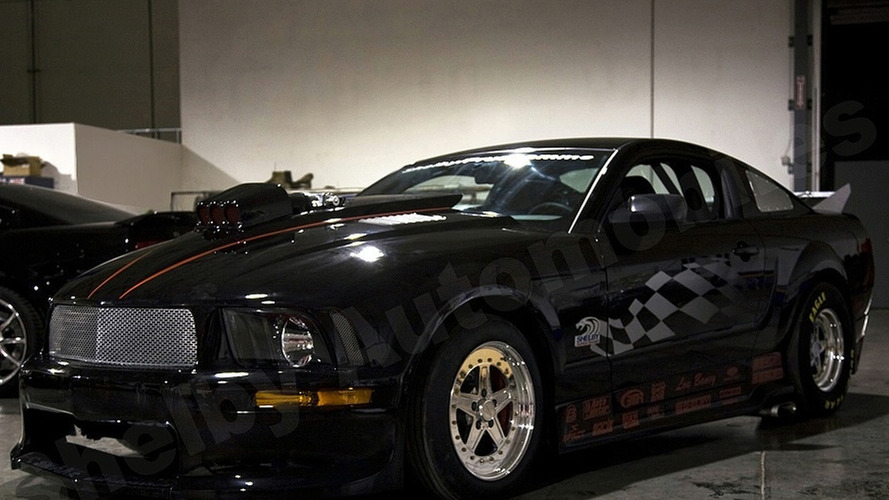 The name Shelby is synonymous with performance cars, especially Ford performance cars. Shelby Automobiles now teams up with legendary drag racer Don "The Snake" Prudhomme to create something they call the Prudhomme Edition Super Snake. It's a drag racer package kit that can be added to 2007 - 2010 Ford Shelby GT500 units that have already been sold.

The car pushes out 800hp (588kW) from the 5.4-litre supercharged powerplant when running on racing fuel. Filled with regular 93 octane maximum power is reduced to 750hp (552kW) which is still quite a tidy sum.

The tuning package for the car includes things like a front and rear adjustable racing suspension system, drag tyres, a side exhaust system by Borla and a modified air intake that intrudes quite brazenly out of the bonnet. Road tyres can be supplied and fitted at will. A five-point impact safety harness is part of the package as are side lower rockers. The latter improve the car's aerodynamic capabilities.

"The thing I really think is cool about this car is that you can drive it both on the track and on the street," said Prudhomme. "It reminds me of how drag racing used to be back in the day when we would drive our cars to the drag strip, race them, and drive them home at the end of the day. That's maybe the neatest thing about this car."

Shelby is only making 100 packages for the Prudhomme Edition Super Snake and each of them will cost US$100,000 excluding the actual car.