The C36 sports a shark fin and a new blue and gold livery.

The Sauber Formula 1 team has released the first photo of its 2017 challenger. It is the second car designed to F1's new rules for this season to be revealed, following the first images of the 2017 Williams breaking cover on Friday.

The Swiss outfit, which finished 10th in the constructors' championship last year, will unveil its car in full on February 22 during a filming day at Barcelona. Marcus Ericsson and Pascal Wehrlein will be the team's drivers, though Antonio Giovinazzi will fulfil testing duties for the injured Wehrlein at the first test, which starts on February 27.

The C36 features a re-shaped rear wing, similar to that of the Williams FW40, and a thumb-tip nose design. It sports a shark fin and a new blue and gold livery. There are only a handful of sponsors, while the car sports an anniversary logo on its engine cover to mark its 25th season in F1. 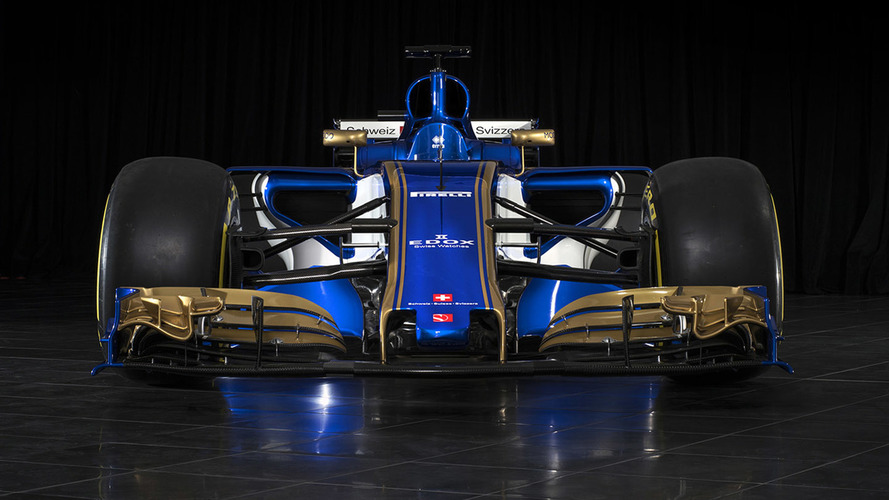 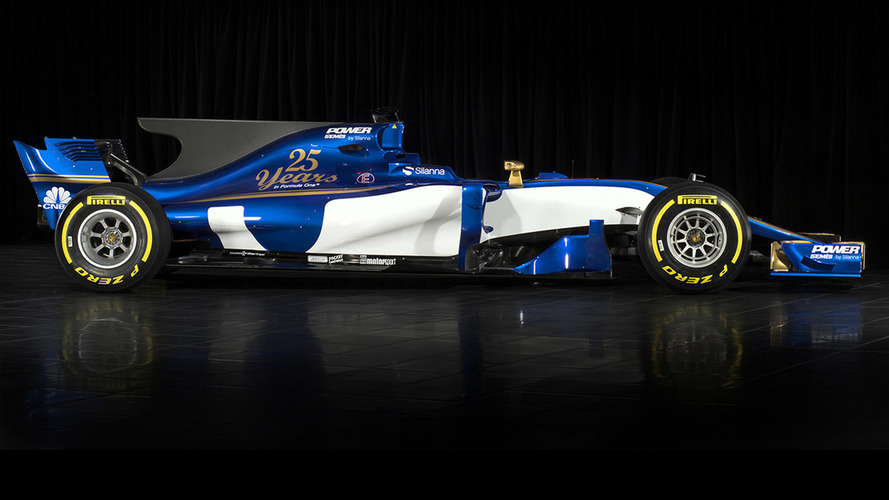 Sauber ran its 2015-spec car at the opening four-day test last year, with its '16 design not arriving until the second test. It named a new investor last July to secure the team's future, while an early decision to stick a 2016-Ferrari engine for '17 helped ensure its new car would not miss track time for the second successive year.

Speaking at the end of last season, team principal Monica Kaltenborn said the future looks "extremely exciting" and is confident new investor Longbow Finance is involved for the long haul.

New technical director Jorg Zander said the team "put greater emphasis on aerodynamic stability as opposed to maximising downforce" with the C36. Zander, who joins from Audi ahead of this season, said the decision to run a year-old Ferrari engine gave the outfit a solid foundation as it is "a tried and tested system with higher durability to begin with."

He added: "Being able to get started early and defining the engine environment was an advantage because the team was familiar with the engine and the transmission as well as the cooling requirements the engine entailed."