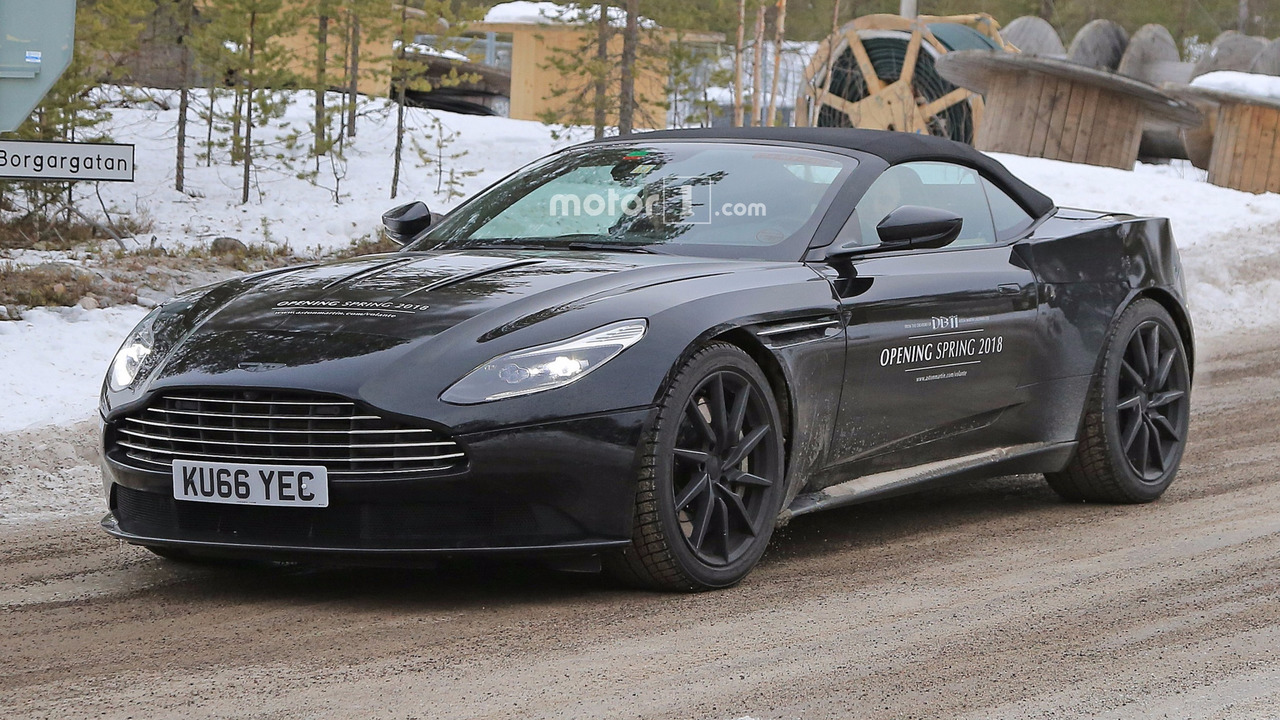 The curvaceous droptop had extra panels at the back to hide the redesigned fenders and trunk lid.

The Aston Martin DB11 Volante has been spotted once again as a lightly camouflaged prototype undergoing cold-weather testing in Sweden. Just like before, the body-colored disguise takes the shape of add-on panels slapped onto the rear fenders and trunk lid to hide the changes the coupe is going through to in order become a convertible.

Chopping off the roof means axing the C-pillar and redesigning the rear end in order to accommodate the fabric roof when folded down. The intricate AeroBlade is also being modified considering the active rear spoiler remains concealed underneath camo. It’s going to work in tandem with a pair of intakes that will likely be installed on the Volante’s wider hips. On the coupe, these aero aids are located at the base of the C-pillar. If you’re wondering why AM is going through all of this trouble, it’s because a lip spoiler or a rear wing would have ruined the DB11’s bodacious derrière.

There might be another change at the front where the hood’s gills seem to be slightly different than those of the coupe sitting next to it. One could speculate the reason for that is because the DB11 Volante prototype had the biturbo 4.0-liter V8 engine from Mercedes-AMG, although we can’t say for sure. We did check the test vehicle’s license plate with the Driver and Vehicle Licensing Agency (DVLA), but without any luck. Same goes for the coupe.

Aston Martin will probably want to differentiate the V12-powered version from the V8 model in terms of exterior styling, so it might decide to give the hood a slightly different design. Time will tell.

It’s unclear at this point when the folks from Gaydon will take the wraps off the DB11 Volante, but considering it has already been confirmed for a spring 2018 launch, we might see it in about a year from now at the Geneva Motor Show. Meanwhile, for this year’s event, AM has prepared another sexy cabrio in the form of the Vanquish S Volante.