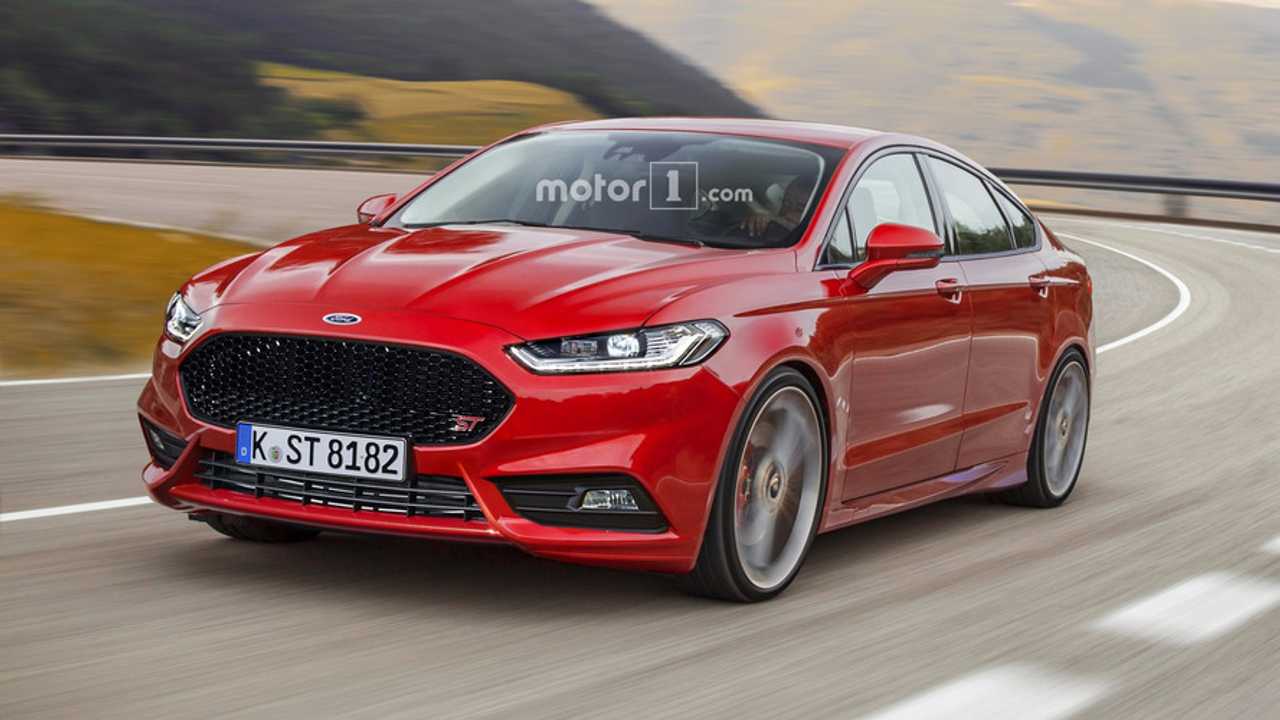 It's the Fusion Sport's European cousin.

The Blue Oval has an ST-Line version of the Mondeo on sale in Europe, but that’s all show without any extra go. It’s merely a visual package bringing a somewhat sportier exterior design with a slightly more aggressive body, different wheels, and a few changes inside the cabin. The car also gets a stiffer suspension setup lowering the ride height by 10 mm, but that’s where the changes end.

For a full-blown ST derivative, the Mondeo in European flavor needs the biturbo 2.7-liter V6 engine from the U.S.-spec Fusion Sport. The meaty EcoBoost unit is good for 325 horsepower (242 kilowatts) and 380 pound-feet (515 Newton-meters) of torque delivered to an all-wheel-drive system via an eight-speed automatic transmission. Ford has not released the juicy performance numbers, but Car & Driver managed to hit 60 mph (96 kph) in a very decent 5.1 seconds. As for top speed, it’s electronically capped at 131 mph (211 kph).

Check out its American sibling:

The Fusion gained its beefy Sport version along with the mild facelift introduced a little over a year ago, so maybe the Mondeo will benefit from the same treatment with its mid-cycle refresh? We wouldn’t hold our breath seeing as how Ford told Autocar last year during the ST-Line’s reveal there’s not a market big enough to justify the costs of doing a Mondeo ST.

Let’s just hope Opel doesn’t feel the same way and it will launch an Insignia Grand Sport OPC in the years to come to satisfy what little demand there is for high-performance midsize sedan coming from a non-premium marque.

Ford has not revealed when it will launch the refreshed Mondeo in Europe, but Auto Bild says it will be introduced as early as next month at the Geneva Motor Show. We’ll see.