BMW X5 Facelift Spy Photos - Yet Another Round 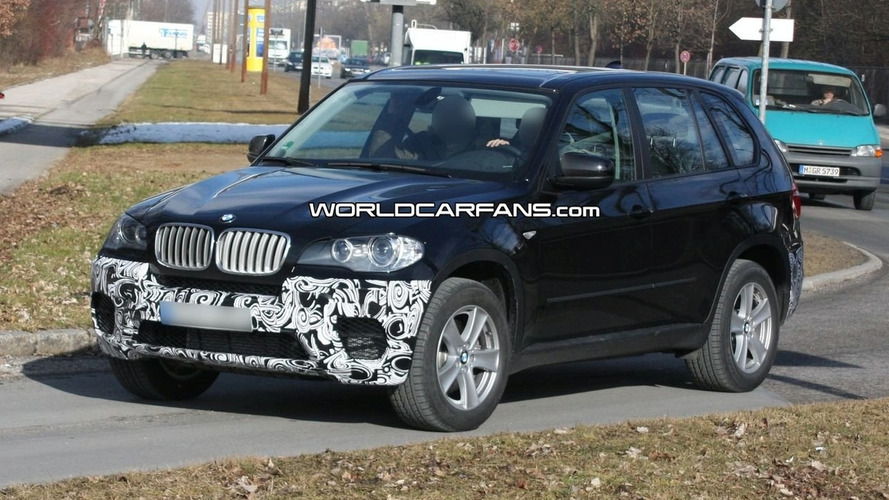 New spy pictures of the facelift BMW X5 are out. Not a lot of changes appear to have been made. Where there are changes they are mainly on the front and rear bumpers. At least one new engine will be offered simultaneously.

It's almost facelift time for the BMW X5. That means spy pictures galore and for us the second batch in as many weeks. You can hardly call what BMW have done a disguise but then again this is only a nip and tuck not a major new product. Therefore they have mostly hidden those parts where a lot of the work has gone. The front bumper seems to be the prime candidate for a facelift and from these images it appears bolder than the current model. The rear also gets a new bumper.

BMW tends to introduce a new engine with each new model or facelift. For the MY09 X5 all the possible choices form a very short list. One of these possibilities is a hybrid powertrain since BMW has been exhibiting concept ActiveHybrids. An X6 hybrid has even been spied doing tests. It could also just be the 4.4-litre twinturbo V8 in the upcoming X5 M but M cars are treated as separate models in Munich. The new X5 is expected to make an official entrance before the end of the year.

Gallery: BMW X5 Facelift Spy Photos - Yet Another Round