Caught on the Street: Two McLarens in Paris 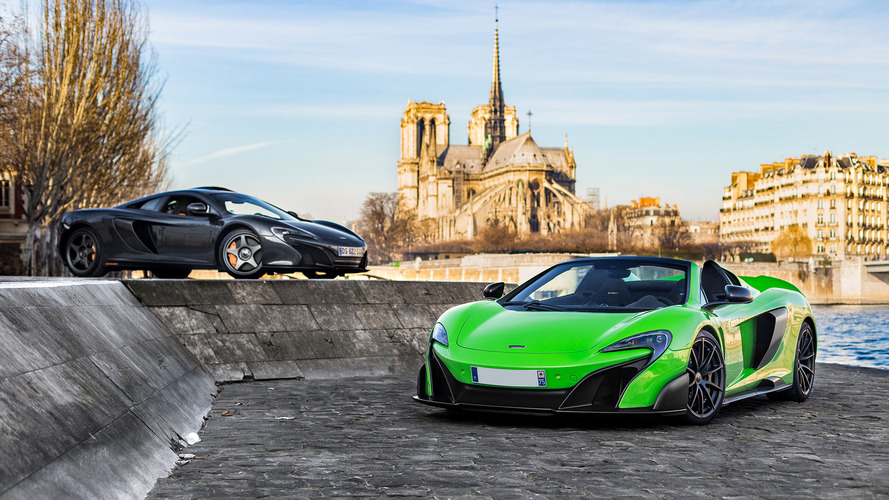 Green is the color of money. It makes sense, then, that it’s covering nearly every inch of this $349,000 McLaren 675LT. Together with an equally stunning 650S Le Mans Edition, the two cars together make a duo more powerful than Beyonce and Jay Z.

We sent our photographer, KVC, out to France to capture the two one-of-a-kind supercars side by side. Both were posted up in front of the cathedral Notre-Dame de Pairs and L’Institut de France across the the Louvres on the bank of the river Seine looking like pieces of artwork.

On a cold, winter Sunday in Paris, a group of supercars owners met together with theirs cars before heading for a ride in the country. They invited our photographer to immortalize the moment. The cars included were a Lamborghini Aventador, a Weismann GT, a modified Mercedes SLS and Ferrari F12, and an Aston Martin DB9 Volante.

Scroll through our photo gallery to check out these two stunning McLarens, and the pack of supercars