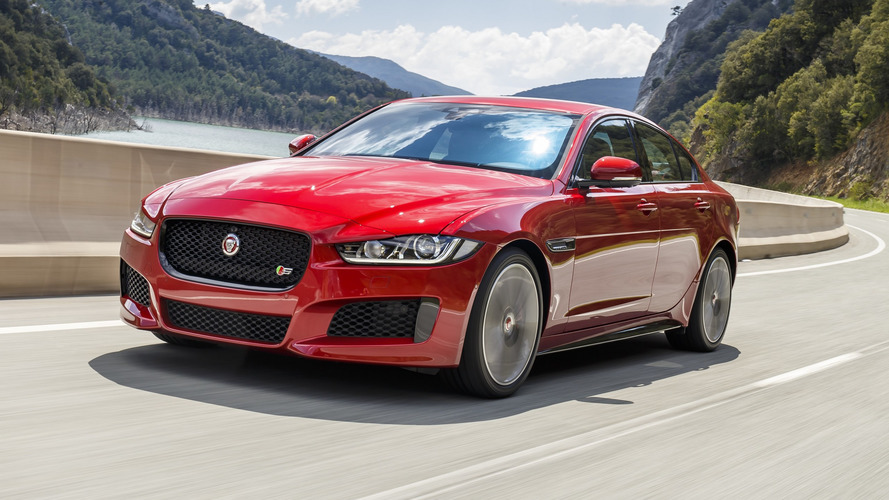 It would use the same 5.0-liter supercharged V8 off the F-Type.

Jaguar’s Special Vehicle Operations (SVO) division is cooking up something good. Building on the success of the F-Type SVR and Range Rover SVR, the British marque is setting its sights on its newest model, the XE, for the same performance treatment.

According to AutoExpress, the hotted-up XE could use the F-Type’s 5.0-liter supercharged V8 producing upwards of 500 horsepower (372 kilowatts). That type of performance would put it squarely in competition with cars like the BMW M3 (425 hp) and Mercedes-AMG C63 (469 hp). The SVO engineering team is reportedly in Northern Spain at the moment benchmarking the sports sedan against those two rivals.

Like the F-Type and the Range Rover before it, the XE SVR would put to use a similar four-wheel-drive setup, which could tack on an extra 110 pounds (50 kilograms) to the current curb weight of 3,320 pounds (1,505 kilograms). The chassis would be stiffer too, with add ons like an electronically controlled limited-slip rear differential, as well as revisions to the springs and dampers. Expect to see both the six-speed manual and eight-speed automatic offered.

The exterior would get a more aggressive makeover including the addition of flared fenders, more assertive bumpers, and a distinctive grille. New wheels, a lower center of gravity, and a rear wing for added downforce will all likely be included in the update as well.

With the new V8 and the all-wheel drive equipped, the XE SVR should be able to blast to 60 miles per hour (96 kilometers per hour) in under four seconds, besting the current 336-horsepower (250-kilowatt) XE S by more than a second (5.1 seconds).

The XE SVR is expected make its debut halfway through the sedan’s life cycle with an estimated starting price of around $80,000 ($65,000).