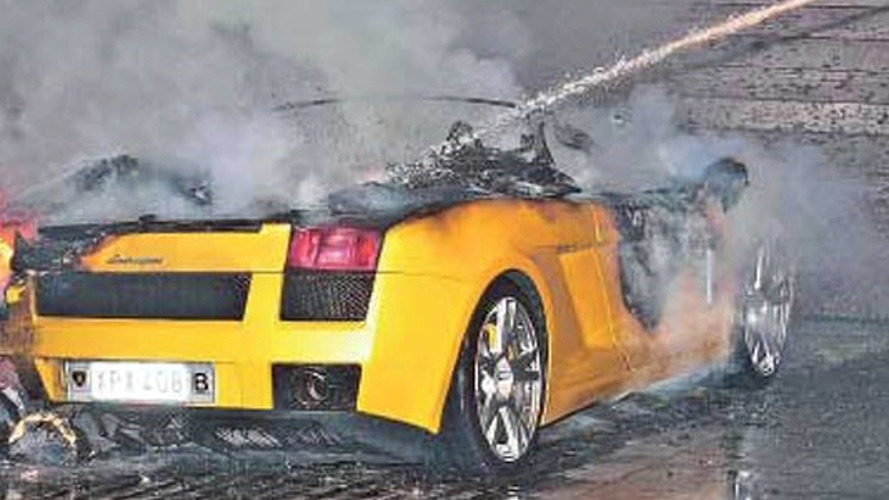 There’s no hiding the fact that the global economic downturn has taken a toll on many people, but it appears some members of society who are facing financial problems are taking their anger out on wealthy owners of supercars.

There's no hiding the fact that the global economic downturn has taken a toll on many people but it appears some members of society are taking their anger out on supercars.

First there is the case of this Lamborghini Gallardo Spyder which was torched in Sint-Truiden, Belgium. The roadster along with at least twenty other vehicles was burned by two men outside a local bar on a busy Saturday night. Luckily the criminals were captured after they left their footprints on parts that were kicked off the car prior to being torched.

A loyal WCF reader sent in this picture of a burnt Audi R8 and says that it is just one of several in Dubai that has been set ablaze recently.

In the past, trucks and SUVs were targets of eco-terrorism but the latest attacks on supercars appears to be something altogether different. They're expensive, high profile vehicles with wealthy owners and while there may not be a clear connection between the state of the economy and the recent spike in attacks, owners might not want to park their supercar on the street anytime soon.