After recently seeing the refreshed Mercedes-Benz S-Class Cabriolet, we now have spy shots of the updated S-Class Coupe under development.

These S-Class Coupe and Cabriolet test mules have identical camouflage, and even the cutout sections are in exactly the same spots. This indicates Mercedes isn’t planning any changes to the coupe’s roofline for this refresh.

The upcoming S-Class revisions for the sedan, coupe, and convertible include styling tweaks for the front and rear fascia. There are also updated taillights, and some spy photos hint at a new setup for the LED running lights. 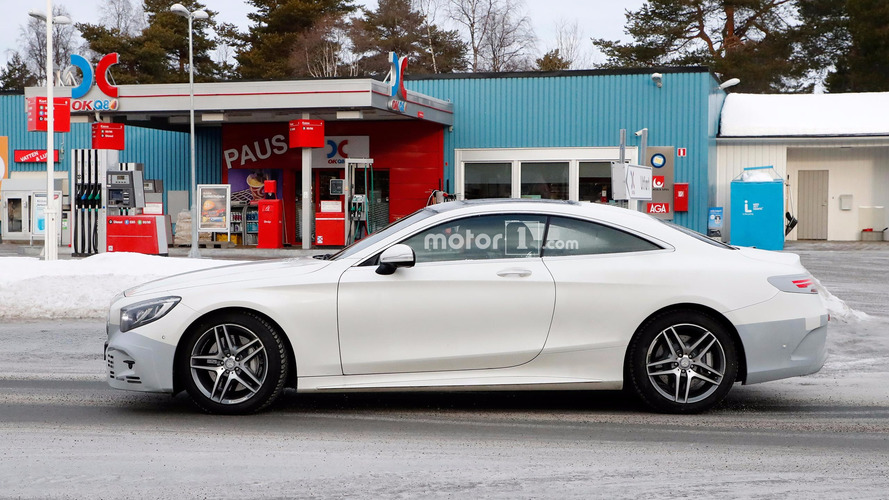 While the photos don’t let us see inside this coupe, earlier photos of the sedan indicate some big changes on the way. There’s now a single display that stretches from the instrument panel to the center of the dashboard, whereas the current display has a separation in the middle. An updated three-spoke steering wheel is inside, too.

Under the hood, Mercedes is adding engines to the S-Class lineup in 2017. The company’s new 3.0-liter inline six has an electric auxiliary compressor for the turbocharger and an integrated starter-alternator. The powerplant produces over 402 horsepower (300 kilowatts) and more than 369 pound-feet (500 Newton-meters). Emissions are around 15 percent less than the V6 that this mill replaces.

Mercedes' intention to introduce the new engines in 2017 suggests that the refreshed S-Class should arrive this year and likely go on sale as a 2018 model year vehicle. Earlier rumors hint that we could see the debut as soon as the Geneva Motor Show in March.