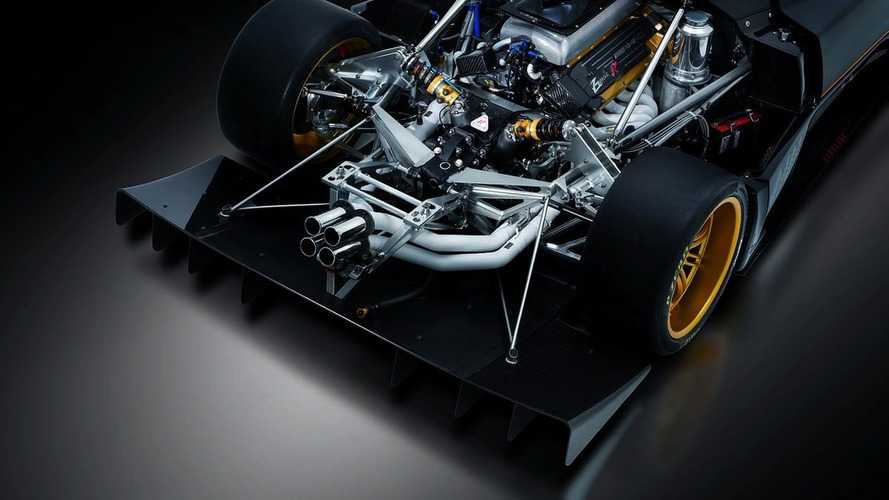 Pagani shows off a boot-load of new Zonda R pictures and releases more details about the super track car. A cheque with the number €1,460,000 will secure an example of this limited edition car.

The Pagani Zonda R is the Italian supercar maker's most track-focused car. Even though the standard Pagani Zonda has broken records at the spirit-breaking Nurburgring's Nordschleife, it was never enough for some of Pagani's more track-biased customers. For these guys the Zonda R will fit perfectly.

The Zonda R is modeled from a Zonda but with a number of significant differences. At the foundation of its performance lies a 48-valve 6.0-litre V12 engine acquired from Mercedes-Benz AMG division. It kicks out 750hp (552kW) and maximum torque rated at 710Nm. Accessing this power is a 6-speed sequential gearbox from XTRAC which runs the big Pirelli P Zero rear 335/30/20 tyres. Front rubber measures 255/35/19. Together they hurl the Zonda R from a standing position to 100km/h in 2.7 seconds. Top speed is estimated at over 350km/h. Carbon-ceramic Brembo brakes will put an immediate stop to the car if called upon.

A major cause for this stunning performance is the reduced weight. Pagani says the Zonda R's unladen mass is just 1,070kg (2,359 lbs). To make this happen the engineers constructed the body out of carbon-fiber and titanium. Many parts were reduced in weight to achieve the desired mass. Even screws used are constructed from titanium. Light as it is the Zonda R is no small car. It measures 4.89 metres in length, 2 metres in width, one metre high and has a wheelbase of 2.79 metres.

Aerodynamics are improved by the use of adjustable suspension and wing configuration. A new bonnet, closed underbody and rear air diffuser form part of the arsenal against performance-sapping exterior air.

The Zonda R is built in a limited production run and sold at a price of 1.460.000 Euro plus taxes.