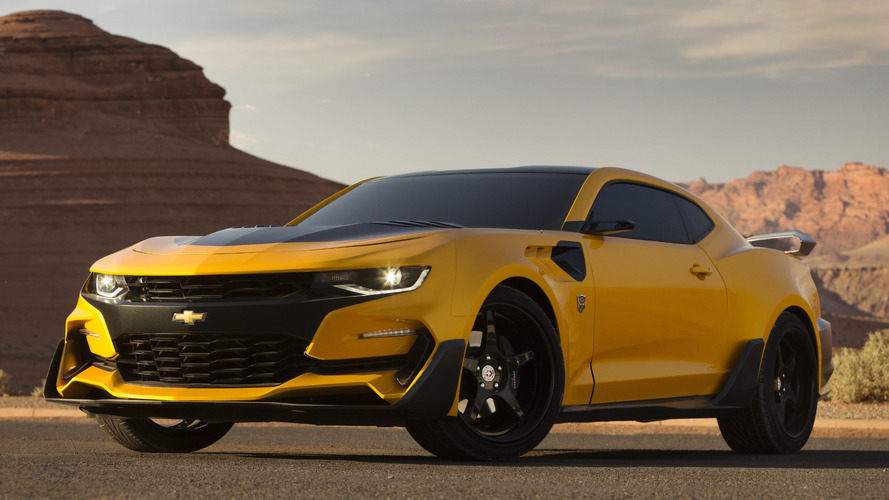 Bay’s fifth and final Transformers chapter looks to be positively apocalyptic. Can General Motors build enough cars to save us?

When Transformers: The Last Knight hits theaters in June, it will be the final foray into the more-than-meets-the-eye world for director Michael Bay. Haven’t we heard this before? Well, yes, but this time might really be it, because Bay recently said “this time might really be it” on his website. But with the four previous films grossing $3.7 billion worldwide, there’s certainly a healthy incentive to keep his name on the director’s chair.

Whether you love or hate Michael Bay’s big-screen vision of the epic saga, there’s no denying the Hollywood franchise has been a success. It’s also been a decade-long case study of product placement for General Motors, not the least of which included a major launch assist for the reborn 2010 Chevrolet Camaro – aka Bumblebee, the courageous Autobot who can morph into various Camaro platforms and transform into a giant robot, yet can’t speak on his own because his voice is messed up.

The second film added a Corvette to the roster, not to mention the Chevy Trax and Beat concepts that ended up generating no small amount of controversy for their stereotyped robot alter-egos. The third film injected NASCAR-spec Chevy Impalas, and for the bad guys, a bunch of black Suburban SUVs. The most recent Transformers flic went even further by actually using GM’s design center as the basis for key scenes in the film. Several GM employees were extras in the film, including former VP of Global Design Ed Welburn, who actually had a small speaking role.

And then you have all the nondescript cars operating in the background, a majority of which were also from GM’s umbrella of brands.

It’s not as if there isn’t other automotive eye candy to appreciate throughout the franchise. Notable appearances include the Audi R8, Ferrari 458, Mercedes SLS AMG, Bugatti Veyron, Pagani Huayra, and Lamborghini Aventador. And since the star of the whole series is a Camaro, there must be a Ford Mustang antagonist, which is slated to return for the upcoming sequel. Also appearing in the new film, a Mercedes-AMG GT R and a sinister looking Lamborghini Centenario which is actually reported to be the Autobot Hot Rod.

But anyone with a modicum of automotive interest can’t help but be distracted by the overabundance of GM metal throughout the films. That kind of exposure might be good for General Motors around the world, but it’s easy to see how discerning auto buffs might be distracted from the action.

The fifth Transformers film is just a few months away, and on his website, Bay said he’s “blowing this one out” in terms of visuals and mythology. Bay says a team of writers pulled inspiration from all aspects of the Transformers franchise, including the original 1980’s cartoon and comics to make this flic over-the-top. It sounds like more-of-the-same, but digging around for factoids on the film uncovers something interesting – a much smaller GM presence, at least in the starring car roles. There’s Bumblebee in all his yellow-and-black Camaro glory, and a 2016 Corvette Stingray named Crosshairs. But that’s it.

So perhaps this really is the end of the line for Michael Bay in the franchise. Without a valiant line of GM defenders the Earth is surely doomed. That is, until the next manufacturer comes along with a new marketing plan.