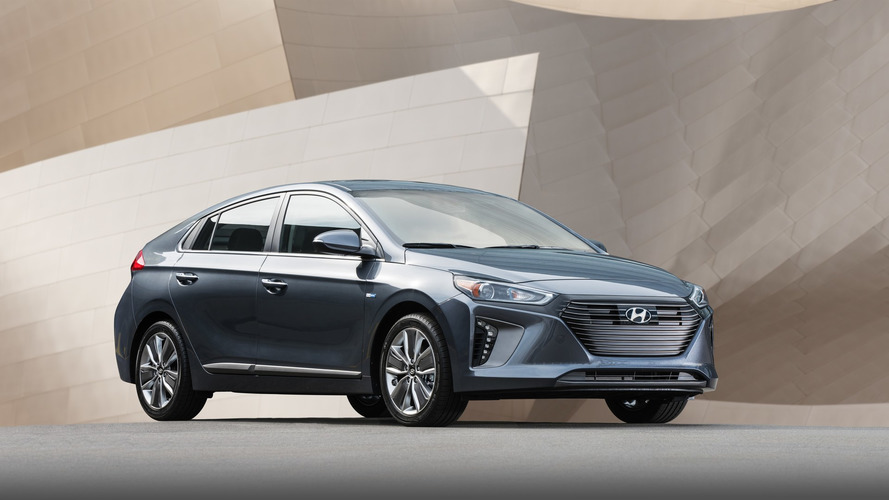 The highly-touted Hyundai Ioniq finally has a price. The so-called "first vehicle in the world" to offer a range of unique electrified powertrains on a single platform, the Ioniq will vary in price from as little as $22,200, to as much as $32,500 depending on how you spec it. And it's cheaper than the Prius ($24,685).

The base Blue model Ioniq hybrid will start at $22,200. That trim comes with a 1.6-liter four-cylinder hybrid engine, paired to a six-speed EcoShift Dual Clutch transmission, returning 139 horsepower (103 kilowatts) and 58 miles per gallon combined.

Opt for next-up SEL trim, and it comes with the same 1.6-liter hybrid setup, but includes a number of added features to the interior. That trim will have a starting price of $23,950. The top-trim Limited, meanwhile, will come with even more features and set buyers back $27,500. Both the SEL and Limited are rated at 139 hp (103 kw) and 55 mpg combined.

The Ioniq EV will have a significantly higher starting price than its hybrid counterparts. The base Electric model has a starting MSRP of $29,500, while the feature-heavy Limited model comes in at $32,500. Both trims comes with an EPA-rated 124 miles (199 kilometers) of range and 136 MPGe, making it the most efficient vehicle you can buy in the U.S.

Apart from traditional sales and leasing options available throughout the U.S., buyers in California will be able to own an Ioniq through Hyundai’s subscription-based service called Ioniq Unlimited. At a discounted price, the company will offer features like unlimited mileage, electric charging options, scheduled maintenance, and most importantly, no down payment.