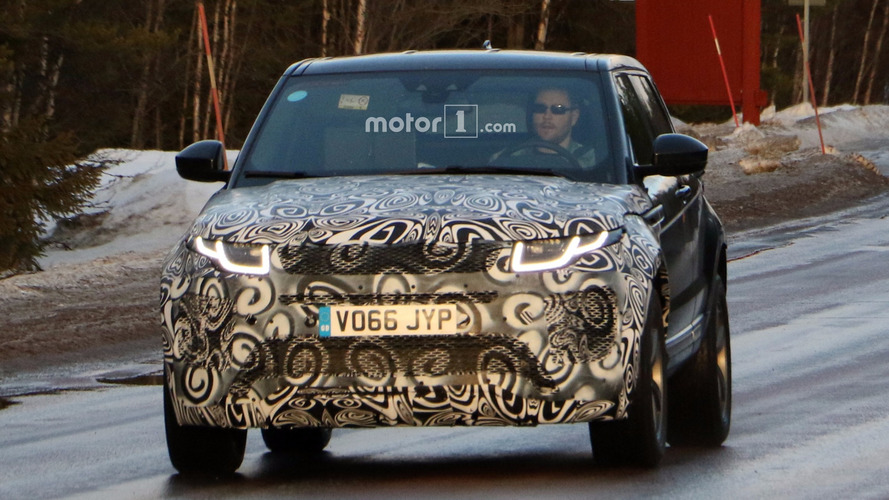 It's only a test mule for now, but already we can see the posh crossover will be wider.

The Range Rover Evoque has been around for almost six years, so it makes perfect sense Land Rover is out and about on public roads testing the next iteration of its luxury crossover. Even though it’s early in the testing phase, already there are some revealing aspects about what’s in tow for the second generation.

In the words of Shakira, “hips don’t lie.” We can easily see the test mule is slightly wider than the current Evoque, which suggests some important hardware changes are being prepared for the new model. The black plastic extensions on the rear wheel arches indicate the second-gen model will have a wider rear track, while the increased ride height hints at some in-depth changes the engineers are working on for the Evoque’s second installment.

At the same time, the extra width is expected to pay dividends in terms of available space inside the cabin. The wheelbase doesn’t seem to be longer, but better packaging brought by the new underpinnings might free up more room, especially for those sitting in the back.

The second interesting aspect about this test mule is at the back where there’s a familiar yellow high voltage sticker. That means we’re probably looking at an electrified Evoque in the making. You’d be tempted to say it’s an EV judging by the lack of exhaust tips, but we checked the vehicle’s license plate with UK’s Driver and Vehicle Licensing Agency (DVLA) and discovered it had a turbodiesel engine.

According to a report published by Autocar last September, Land Rover is preparing a mild hybrid powertrain said to combine a three-cylinder diesel with an electrically powered turbocharger and a 48V electrical system. One could speculate the next Evoque will receive the thrifty hardware, although it’s too early to know for sure.

Expect the production car to make use of JLR’s latest crop of Ingenium engines. Earlier in the day we talked about the new 2.0-liter gasoline unit available with 200 and 250 horsepower in the XE sedan, which from now on can also be had with a new 2.0-liter turbodiesel rated at 240 hp and 500 Nm. Expect these four-cylinder units to find their way underneath the Evoque’s hood once the model will debut probably in the latter half of 2018.