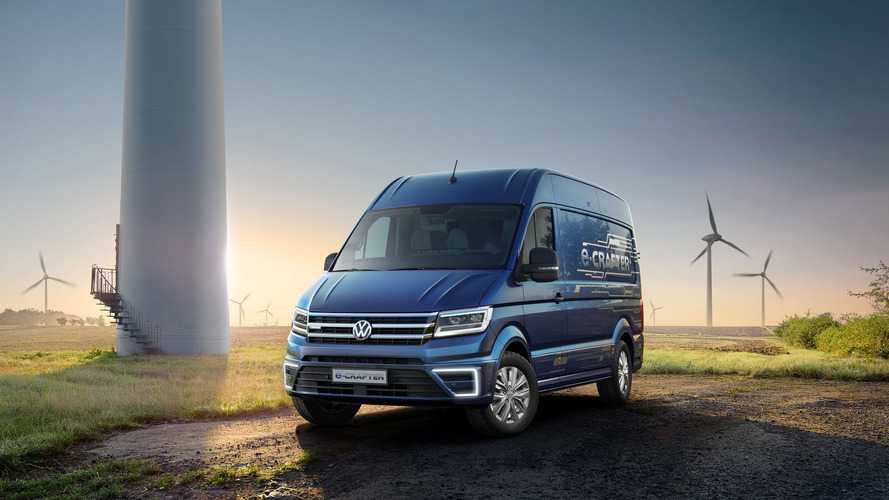 Trademark filing suggests Volkswagen will use this moniker for the zero-emissions Crafter.

It was last September at the 2016 IAA Commercial Vehicles show in Hannover, Germany where VW signaled its intentions towards making an all-electric Crafter with a near-production concept appropriately called “e-Crafter.” The folks from Wolfsburg have already announced the EV workhorse is pinned for a 2017 launch and most likely it’s going to be called “E-Transporter.”

The moniker was recently trademarked by the company, along with three other nameplates: Allsider, Duomotion, and Twin Motion. The last two are likely going to be used to define the type of powertrain, with one of them probably taking the shape of a regular hybrid while the other might refer to a plug-in hybrid setup. As for “Allsider,” it might become a badge for a model belonging to Volkswagen Commercial Vehicles’ growing portfolio.

Getting back to the E-Transporter, it’s expected to carry over most of the concept’s technical specifications. That means it will likely be powered by an electric motor delivering 134 horsepower (100 kilowatts) and an instant torque of 214 pound-feet (290 Newton-meters), which in the case of the concept was enough electric punch for a top speed of 50 mph (80 kph).

The aforementioned e-Crafter had a 43-kWh lithium-ion battery pack mounted under the cargo space floor with enough juice for more than 124 miles (200 kilometers), which hopefully will increase for the road-going model. As a matter of fact, VW said at the concept’s reveal it’s already working to improve the batteries in order to boost range to as much as 248 miles (400 km). Recharging the concept’s batteries to an 80-percent level was done in just 45 minutes.

Expect the E-Transporter to arrive later in the year considering Dr Eckhard Scholz, Chairman of the Board of Management of Volkswagen Commercial Vehicles, has promised the first units are going to be “in customers’ hands by 2017."