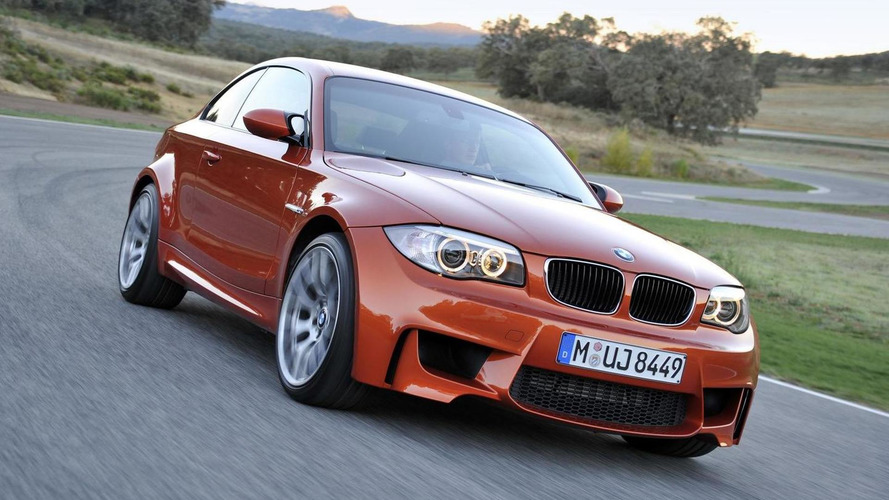 The company knows of multiple instances of the part failing, but there are no reports of accidents or injuries.

BMW will recall 8,752 vehicles from the 2011 and 2012 model years in the United States for a potential loss of power to the rear wheels. The campaign will affect:

The driveshaft’s constant velocity joint may not be durable enough on these vehicles, especially around the rivets on them. This component transfers drive torque between the transmission output shaft and
the rear drive shaft. Over time, the CV joint can break, and this would mean that power would no longer go to the back wheels.

BMW indicates that drivers would receive some warning of this problem by noise from around the CV joint. “Over time, this noise will increase along with vibration,” according to the company's report. The automaker has no reports of accidents or injuries from this problem.

According to the chronology that BMW submitted to the National Highway Traffic Safety Administration, the company received its first complaint of this problem on August 2, 2016, when the driver of a 2012 BMW 750i xDrive reported a loss of power. An investigation eventually found the problem with the CV joint, and the company issued a service action for the affected all-wheel-drive 7 Series models.

On November 30, 2016, the company received a report of the driveshaft breaking on a 2011 BMW 335d that caused damage to the vehicle’s underbody and interior. Further research by the automaker showed three other incidents of the problem. An investigation indicated the same durability issue with the CV joint. Yet another case of this issue came to the company’s attention on January 24, 2017, involving a 2012 135i.

BMW dealers will inspect the rear driveshaft CV joint. Depending on the part’s production date, technicians will replace the component. The repair campaign will begin March 27, 2017.

NHTSA CAMPAIGN NUMBER: 17V067000
Rear CV Joints may FailIf the CV joint breaks, the vehicle may have a loss of propulsion, increasing the risk of a crash.
NHTSA Campaign Number: 17V067000

BMW will notify owners, and dealers will inspect the rear driveshaft CV joint and, based on its production date, will replace it, free of charge. The recall is expected to begin March 27, 2017. Owners may contact BMW customer service at 1-800-525-7417.

On August 2, 2016, NHTSA informed BMW of a customer complaint involving a Model Year 2012
BMW 750i xDrive (all-wheel drive). The customer reported a loss of power accompanied by loud
noise. BMW requested the parts be returned for inspection and analysis. Engineering analyses
were conducted, which also included a review of other vehicle models that could be similarly
affected.

On September 8, 2016, BMW informed NHTSA of its preliminary information and indicated that
it was continuing its analyses. Between September and October, engineering analyses
continued. In mid-October, the analyses indicated that the Constant Velocity (CV) joint of the
customer’s vehicle was produced with rivets that did not have sufficient durability. However, at
that time, for all-wheel-drive vehicles, should the condition occur, propulsion was determined to
still be available. Analyses involving the potential for the condition to occur on other vehicle
models continued.

On October 23rd, BMW informed NHTSA that it had decided to perform a Service Action with
customer notification on Model Year 2012 BMW 7 Series vehicles, with all-wheel-drive,
produced between March and April 2011. The Service Action would involve removing and
replacing the rear drive shaft’s Constant Velocity (CV) joint on approximately 970 vehicles.

On November 30, 2016, BMW received a field report involving a Model Year 2011 BMW 335d in
which the rear drive shaft broke, resulting in a loss of propulsion. The report also indicated that
this caused some damage to the vehicle’s underbody and interior. BMW identified three other
incidents indicating possible comparable damage. Parts were requested for analysis.

Between December 2016 and January 2017, engineering analyses were conducted on the
returned parts, and parameters that were thought to have some possible effect on the issue, such
as vehicle type, engine type, drive train type and geometry, were studied.

On December 20, 2016 BMW provided an update to NHTSA on its ongoing analyses. The
analyses confirmed that the primary issue involved insufficient durability of the CV joint.
Production and manufacturing records were examined to determine the quantity and production
date range of potentially affected vehicles. An additional field incident involving a Model Year
2012 135i Coupe was received on January 24, 2017.

On January 26, 2017, BMW decided to conduct a voluntary safety recall.

BMW has not received any reports, nor is BMW otherwise aware, of any accidents or injuries
related to this issue.