A new round of spy photos reveals Bentley testing the Continental GT with slightly different camouflage. The new look doesn’t distort the upcoming model’s proportions quite as much as in earlier pictures.

This Continental GT continues to have pieces of cladding that hide the actual body panels. Up front, the sections appear to distort the headlights into looking like fried eggs. We suspect the actual design features separated lights like the ones on the EXP 10 Speed 6 concept and previous test mules.

The new panels hiding the rear fenders drop the previous angular look in favor of a smoother design. Given the rest of the design’s cues from the EXP 10 Speed 6, we suspect the swoopy shape is closer to what might come on the production version. 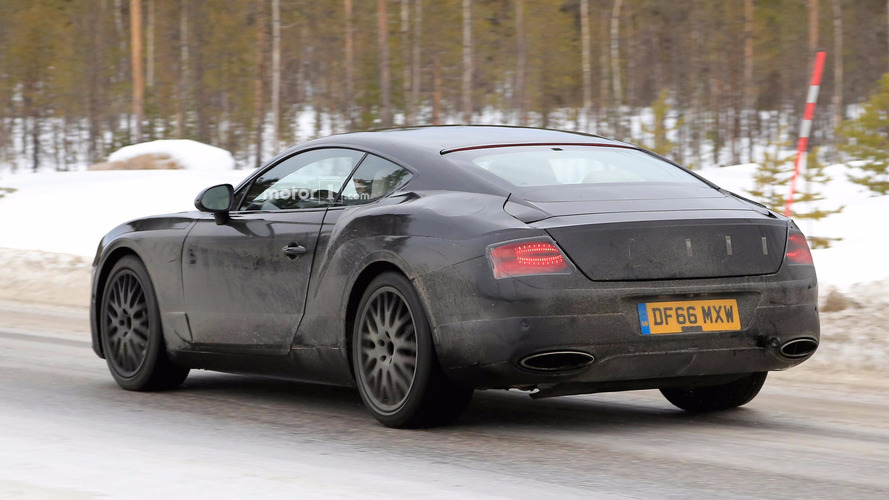 The panels distorting the shape are most evident at the trunk where the seams are most obvious. The pieces still make it difficult to get a clear picture of what the new Continental GT looks like.

Underneath the camouflaged skin, the future Bentley shares the MSB platform with the latest Porsche Panamera. The new parts should help reduce the big coupe’s weight, along with a switch to an aluminum body.

We expect a debut for the Continental GT coupe sometime in 2017. The GTC convertible would arrive later, possibly in 2018.