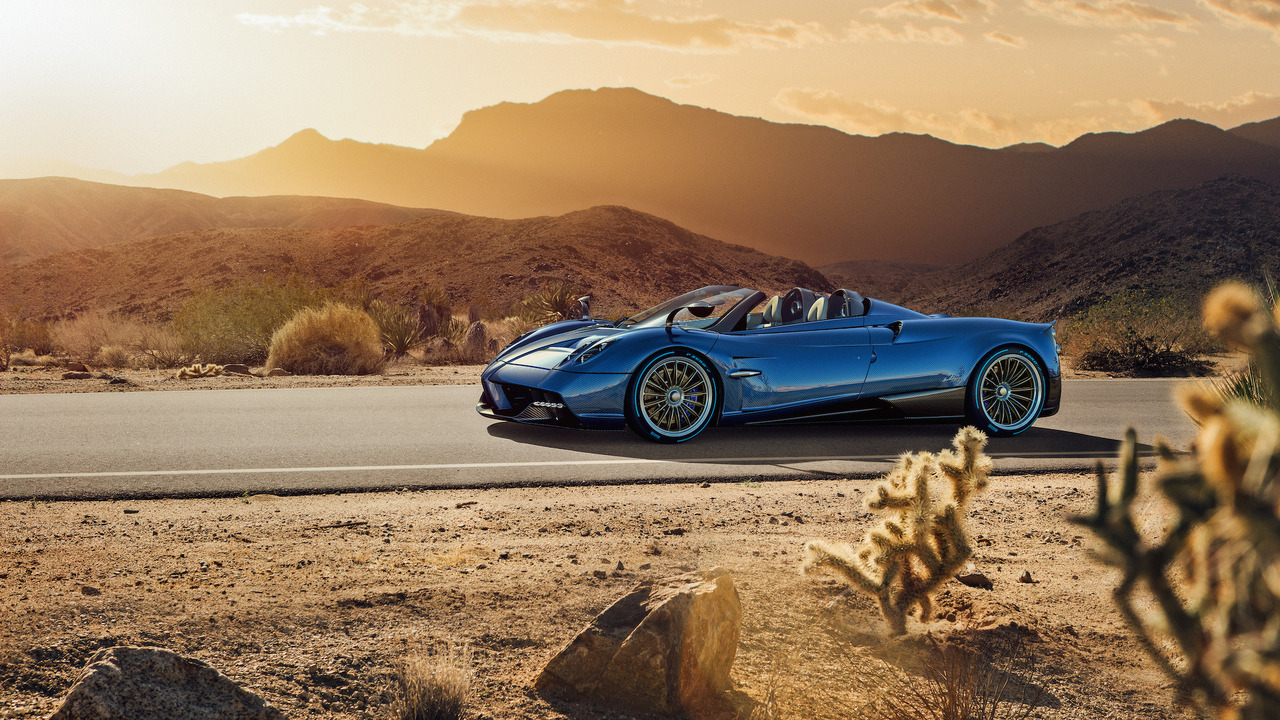 And did we mention it's drop-dead gorgeous?

After a long campaign of teasers that left us mostly unsatisfied, the wait is finally over. Meet the stunning new Pagani Huayra Roadster. The car will make its debut in full at the Geneva Motor Show in March.

Pagani says that its new Huayra Roadster is "an unbridled work of art, intelligence and open-air passion," and that it was the "most complicated project [the company has] ever undertaken." Like its hardtop counterpart, the Roadster uses many of the same cues you’d find on the standard Huayra coupe, but introduces a healthy heaping of new features.

The front fascia is significantly more tapered, and the grille uses a unique hexagonal pattern. That design follows suit on the rear, flanking the central quad exhaust tips and carbon fiber diffuser. New wheels and sculpted vents on the engine cover, meanwhile, give the Roadster a more distinctive look. It might even have Gullwing doors.

Inside, a beige leather finish with blue stitching coats nearly every inch – from the seats, to the dash, to the center console. It's accented by plenty of carbon fiber, and an exposed aluminum gear lever. The Roadster comes with two different roofs, the carbon fiber unit pictured above, and a fabric fixture that can be stored in the car.

Power comes courtesy of a Mercedes-AMG biturbo V12 producing 752 horsepower (561 kilowatts) and 737 pound-feet (1,000 Newton-meters) of torque, and it's paired to a seven-speed single-clutch gearbox. A more powerful BC variant could come later with as much as 789 horsepower (588 kilowatts).

Weighing in at just 1,280 kilograms (2,821 pounds), the Roadster is 80 kilograms (176 pounds) lighter than coupe thanks to a new carbon fiber-titanium hybrid build the company calls "Carbo-Triax HP52." And it's more rigid too, even without a roof.

Just 100 examples of the Italian hypercar will be produced, each one at a cost of €2.28 million ($2.4 million). Like most other hypercars of this caliber, all of them have already been accounted for. The new Huayra Roadster will make its debut at the Geneva Motor Show in Switzerland when doors open in early March.