It doesn't look like Mercedes intends to make major changes to the luxury model's design.

Earlier spy photos show that Mercedes is developing a refresh for the S-Class, and a new batch of images provides a look at the revised styling on the droptop variant of the luxury model during development near the Arctic Circle.

These pictures and the earlier ones indicate an evolutionary styling update for the S-Class rather than a major overhaul. This prototype sports a camouflaged front fascia, and there’s concealment over the rear bumper and taillights. Previous images also suggest a revised headlight design with updated LEDs but that parts would retain roughly the same shape as the current units. 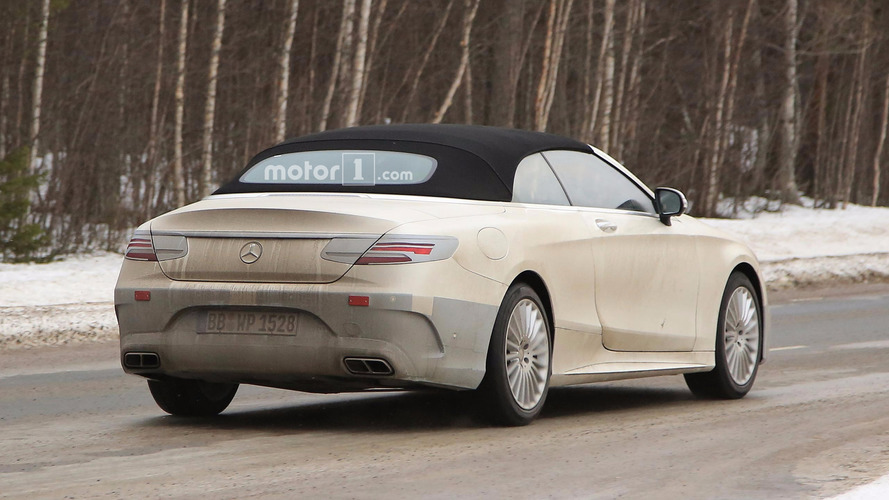 Mercedes has already confirms that the S-Class receives new engines sometime in 2017. Among the new powerplants is the German automaker’s 3.0-liter inline six. Called the M 256, the mill features electric auxiliary compressor for the turbocharger and an integrated starter-alternator. With a 48-volt electric system, the tech means almost no turbo lag and an extra hybrid boost when necessary. The company isn’t releasing specific output levels yet but says the engine is good for over 402 horsepower (300 kilowatts) and more than 369 pound-feet (500 Newton-meters).

Inside, previous photos and video show that the refreshed S-Class with a widescreen digital display that combines the instruments in front of the driver and infotainment in the center.

Mercedes' intention to introduce the new engines in 2017 suggests that the refreshed S-Class should arrive this year and likely go on sale as a 2018 model year vehicle. Earlier rumors hint that we could see the debut as soon as the Geneva Motor Show in March.