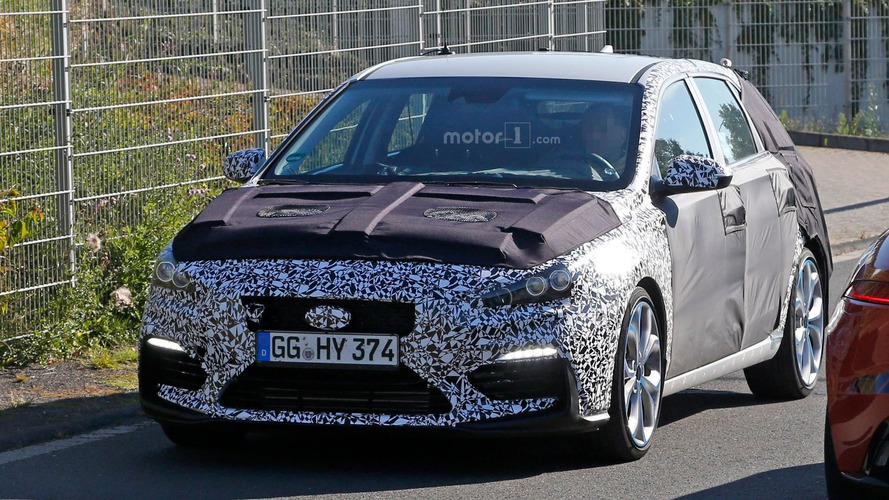 Standard model will boast 250 horsepower, while the upper-spec version will add 25 hp and other upgrades.

Hyundai’s answer to the Golf GTI is inching closer to its full reveal and thankfully now we have some confirmed technical specs to share thanks to some slideshows of the i30 N obtained by Car Advice. These have since been removed as per Hyundai’s request, but the information is already circulating out there in the World Wide Web.

Its heart and soul is going to be a turbocharged 2.0-liter engine set to be offered in two states of tune: 250 hp (186 kW) and 275 hp (205 kW). The beefier configuration will be available via the optional performance package set to bring along a stiffer suspension setup and quite possibly other upgrades such as beefier brakes and a quicker gearbox.

The hot hatch will employ the company’s first electronically controlled mechanical limited-slip differential. That’s quite a mouthful, so Hyundai is simply calling it an “E-LSD” system and could decide to offer it only on the more expensive model. Both flavors of the i30 N will come exclusively with a six-speed manual gearbox at first, with a dual-clutch eight-speed automatic transmission to follow later on. There have also been talks about an all-wheel-drive version to fight the Golf R and Focus RS, but it remains to be seen whether these will pan out.

Full performance specs are still shrouded in mystery, although at least we do know the i30 N will be able to hit 155 mph (250 kph). We also know for sure Hyundai won’t attempt to take down the Nürburgring lap record for a front-wheel-drive car, so the Golf GTI Clubsport S’ 7:47.19 performance is safe for the time being.

As to when we’ll finally get to see the i30 N in all of its hot hatch glory, it’s pinned for an official reveal in the second half of the year. The timetable suggests it will be unveiled at the Frankfurt Motor Show in September, so sales should begin before the year’s end. Meanwhile, the i30 wagon will bow in Geneva next month. Early 2018, the i30 range will grow to include a sleek fastback body style already confirmed by Hyundai.

New Hyundai i30 N version spied at the Nurburgring