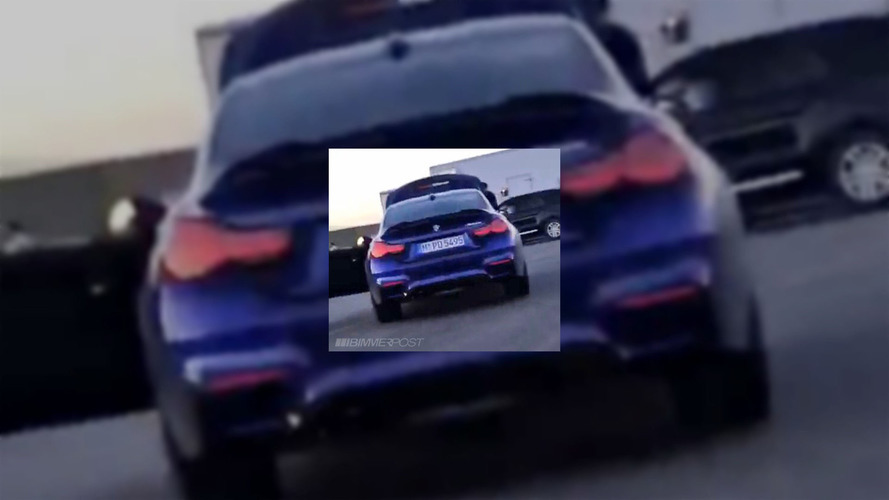 Appears to have the same carbon fiber hood as the M4 GTS.

BMW unveiled the 4 Series’ borderline undetectable facelift almost a month ago, but without a sign of the long-rumored M4 Clubsport. Now, the hardcore CS has been spotted by a member of the Bimmer Post forums while the car was shooting a promo clip in California. It seemed to have a new shade of blue resembling the existing San Marino hue and it might actually have been the fresh Marina Bay Blue color set to be offered for the forthcoming M5.

The lovely blue body was contrasted by the yellow calipers part of the carbon ceramic brake set likely sourced from the sold-out M4 GTS. Speaking of which, the M4 CS appears to feature a GTS-style hood, while at the back it hosts a more prominent trunk lid spoiler. It rides on a set of M Performance wheels originally shown at last year’s SEMA show and has a reworked posterior with a new diffuser and quite possibly an upgraded exhaust together with those fancy OLED taillights.

If the aforementioned hood is borrowed straight from the GTS, it’s made entirely out of carbon fiber to shave off weight. At the same time, it could mean the M4 CS will rock the same intricate engine benefiting from water injection technology, as indicated by a moderator of the Bimmer Post forums based on the photo below showing the hood open.

It remains to be seen whether it will have the full 500 horsepower (368 kilowatts) and 442 pound-feet (600 Newton-meters) of torque or it will use a lesser configuration of the engine. Even if it won’t match the GTS, the CS will still have more Bavarian punch than a regular M4 fitted with the optional Competition Package. In other words, the six-cylinder 3.0-liter unit will push out in excess of 450 hp.

Expect the BMW M4 CS to be a limited-run special edition rather than a regular production model. It could debut as early as next month in Geneva where the lesser 4 Series models will be there to show off their discreet cosmetic tweaks.

Check out spy shots of the new M4 CS: