Lexus LS 500h to show its green credentials in Geneva 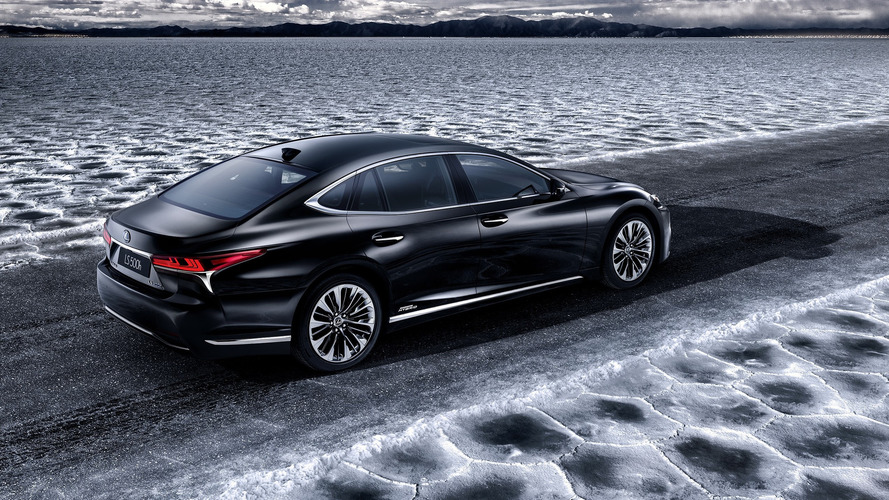 Will likely have the same powertrain as the LC 500h.

Having made its debut in Detroit last month, the all-new LS is ready to put on an eco-friendly tux for Geneva where Lexus will have on display a hybrid version of its fullsize sedan. As expected, the greener derivative will look virtually the same as the conventional model, with the exception of a “Hybrid” badge affixed to the bottom of the rear doors.

In the extensive gallery released by Lexus in January for the regular LS, Toyota’s premium marque “accidentally” posted an image that actually showed the interior cabin of the hybrid version. Mounted right below the touchpad was a silver button with the “EV Mode” lettering, thus revealing the car packed an electric motor.

Lexus isn’t ready just yet to talk about the powertrain, but chances are the LS 500h will inherit the hardware from the gorgeous LC 500h. The sleek coupe uses a 3.5-liter V6 gasoline engine developing 295 horsepower (220 kilowatts) working together with an electric motor pushing out 59 hp (44 kW) to enable a combined output of 354 hp. A lithium-ion battery pack and two types of gearboxes (four-speed automatic and a continuously variable transmission) will round off what Lexus calls the “Multi Stage Hybrid System.” As you can imagine, the extra hardware will add some weight over the regular LS.

Set to go up against the likes of Mercedes-Benz S500 Plug-in Hybrid and the BMW 740e, the Lexus LS 500h will be on display in Geneva starting March 7th. It’s going to share the spotlight with the 2017-spec RC F GT3 race car scheduled to make its first appearance in Europe. Lexus will also showcase some of its other models from the range, including the road-going RC and its hotter RC F sibling, as well as the NX and RX crossovers.

Motor1 will attend the forthcoming 2017 Geneva Motor Show, so watch this space for live images of the LS 500h. Meanwhile, you can check out the regular LS straight from the Motor City floor in the gallery below.

The 2017 RC F GT3 racing car will also be presented for the first time in Europe, showcasing the brand’s growing engagement in motorsports.

Other Lexus models on display will include the LC, the RC, the RC F and the RX and NX ranges.