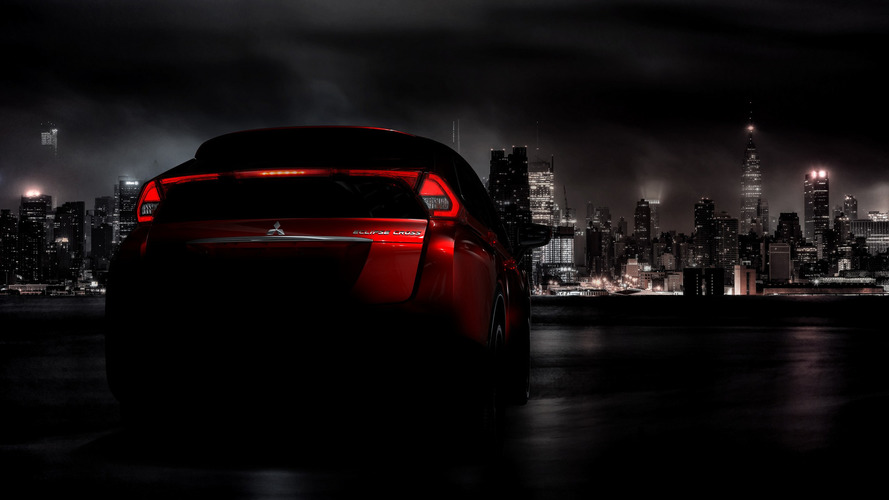 The 'Eclipse' name is back, but don't get too excited...

The rumors were true. Mitsubishi is indeed resurrecting a beloved moniker used between 1989 and 2012 on four generations of sports cars, but this time around the “Eclipse” nameplate is destined for a crossover. Known officially as the “Eclipse Cross,” Mitsu’s new high-riding vehicle will join the ASX and Outlander following its world premiere at the Geneva Motor Show on March 7th where it will exhibit its bespoke deep gloss red metallic paint.

The latest teasers further confirm the exterior design will have very much in common with the XR-PHEV concept introduced towards the end of 2013 and updated in February 2015 with the XR-PHEV II. To get an idea of how big it’s going to be, the Eclipse Cross will slot above the ASX / Outlander Sport and below the Outlander.

Mitsubishi’s designers have given the new model an angular design with a prominent character line at the door handle level as well as a raked roofline to enable a sporty side profile. As seen in the aforementioned XR-PHEV II concept pictured below, the new Eclipse Cross will get a pair of high-mounted taillights interconnected through a red light bar. A massive grille will dominate the front fascia set to feature sleek headlights featuring an LED strip of daytime running lights.

Full details about what will power the crossover have not been disclosed, but we do know the U.S. version at least is all set to use a newly developed turbocharged four-cylinder gasoline unit. In other markets such as Europe, the ASX’s turbodiesel 1.6-liter will likely be the bread and butter. A plug-in hybrid version set to arrive further down the line has already been confirmed for what is being described as "the best vehicle Mitsubishi has ever produced."

We’ll know what’s what early next month, although an online reveal could occur before the end of February.