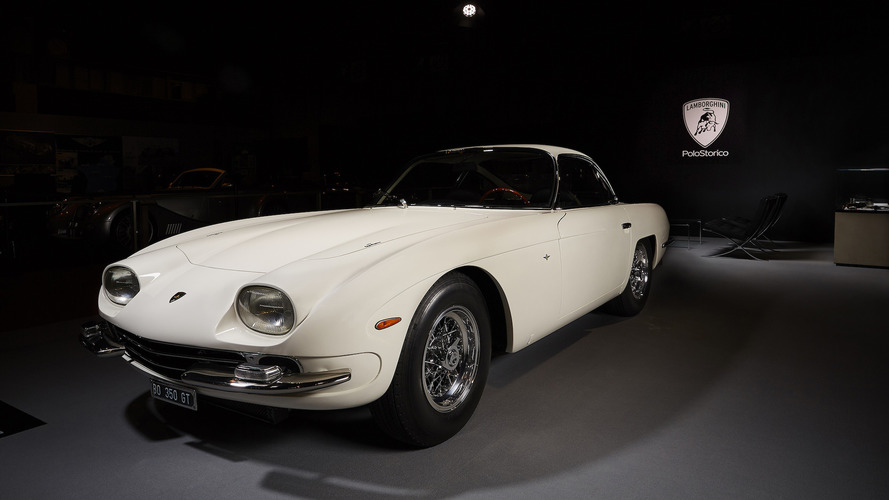 It's the first fully restored 350 GT ever put on display.

The annual Retromobile 2017 classic car exhibition took place in Paris, France this past weekend. On display were a number of stunning classics, including an iconic Lamborghini worthy alone of the trip: a fully-restored 1964 350 GT saw its time in the limelight.

The car originally made its debut back in October, having undergone a full restoration by Lamborghini PoloStorico that spanned nearly 2,000 man hours. More than 1,150 hours alone were spent on the exterior, while another 750 hours were spent reviving the mechanics and electronics – including the engine.

The original 3.5-liter V12 is found under the hood. Things like the cooling, braking, and fuel system have been given a full reworking. All said and done, the car produces 400 horsepower (298 kilowatts), bringing it up to modern standards, and comes paired to its original manual gearbox.

Inside, the black leather interior was refurbished using classic procedures of the era. The wooden steering wheel and original accelerator, clutch, and brake pedals were also restored back to new, maintaining small signs of wear to show the vehicle's age. Even the radio is fully functional.

This 350 GT is only the fourth full restoration carried out by Lamborghini PoloStorico, following an LM002, a Countach, and a Miura. The later of which made its debut in December, and was on display at the Bertone stand, while Lamborghini opted to show the equally stunning Countach.

As for the 350 GT, it wears chassis no. 0121, and was one of the first 15 examples that came new from the factory in 1964. Following the event – and a few laps around Autodromo di Modena with a Lamborghini test driver behind the wheel – the car made its way to its new owner in Italy.