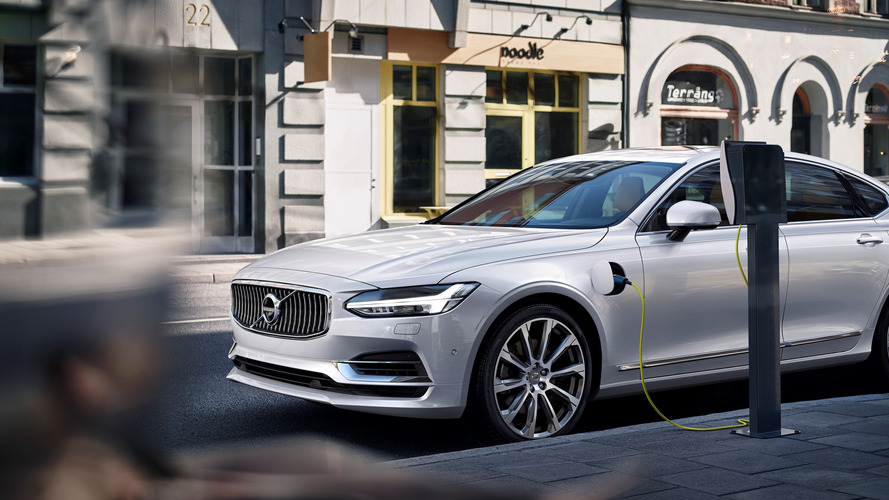 Volvo wants to have more than one million electrified cars on the roads by 2025.

Volvo announced back in October 2015 plans to hybridize its entire range and launch a pure electric model in 2019. Now, the Geely-owned marque has released more info about the latter, saying it will have a battery pack with a sizeable capacity of 100 kWh. Details about how much range the car will be able to provide have not been disclosed, but it’s safe to say it will have enough juice for at least 300 miles (482 kilometers) between charges. The Tesla Model S 100D for example, which has a 100-kWh battery, is rated at 351 miles (565 km).

Volvo is working on additional battery packs with various capacities to serve a multitude of models based on the company’s new CMA and SPA platforms. These EVs will be offered with both front- and all-wheel-drive layouts and will have electric motors developing from 134 horsepower (100 kilowatts) to as much as 603 hp (450 kW). Filing up the battery pack of Volvo’s zero-emissions cars will be done through AC charging of up to 20 kW as well as via high-speed DC charging.

The Swedes are also engineering a T5 Twin Engine consisting of a three-cylinder 1.5-liter turbocharged gasoline unit teamed up with a 74-hp electric motor, a 9.7-kWh lithium-ion battery pack and a dual-clutch, seven-speed gearbox as previewed in the 40.1 concept pictured above. It will likely power the flagship version of the forthcoming XC40 and is expected to be offered on the next-gen V40 as well, among other CMA-based models. Volvo’s Senior Director of Electric Propulsion Systems, Mats Anderson, has already revealed this hybrid setup will enable production cars to have an all-electric range of approximately 31 miles (50 km).

Besides working on a pure EV and a T5 Twin Engine, Volvo’s engineers are also preparing a 48V mild hybrid system due in 2019. It’s being developed to work with both gasoline and diesel engines and will initially feature a 10-kW motor, with a future version set to receive a beefier 15-kW setup.

In the long run, Volvo will want to get rid of diesels and replace them with hybrids and EVs, with Anderson saying “We are committed [to electrification]. There is no way back.” That’s why the company hopes it will have one million electrified cars on the roads by the middle of the next decade.