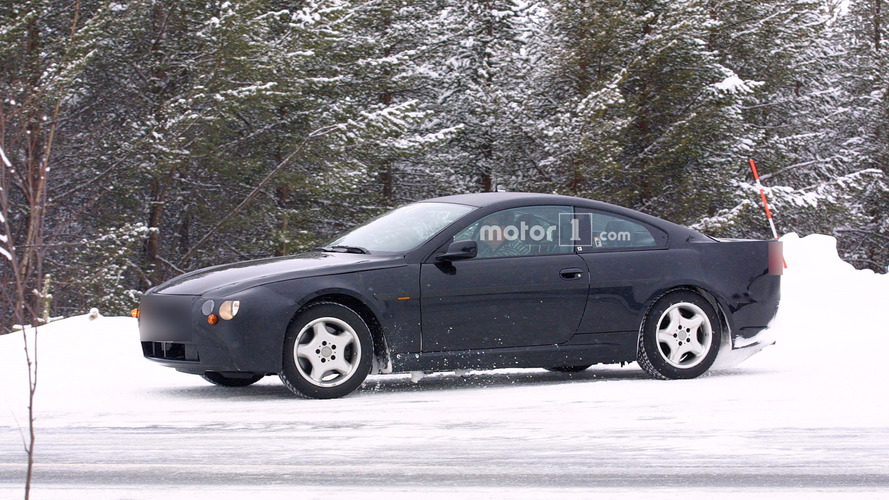 Big and imposing, this coupe was stretching out in the snow.

Another Saturday morning, another round of spy photo trivia. Just like last week, today’s subject is a camouflaged prototype of a large two-door coupe playing in the snow during its testing phase. The attached photo is from the early 2000s and as you can see we had to blur it a little bit to hide a portion of the front fascia and the rear end because these would have revealed the car’s identity, or at least the brand. Even so, we have a felling it’s going to be an easy guess.

Although at a first glance it may not seem so, the vehicle was actually carrying an extensive amount of disguise painted in the same color as the body in a bid to trick the untrained eye. There are extra panels affixed onto the hood, front bumper, and at the back on the trunk lid and bumper to hide what went on to become a very controversial derriere. It’s a technique many automakers are still using nowadays because it hides the production bits and at the same time makes the car fly under the radar, at least when it’s spotted  in a different environment than areas known for being popular among test drivers, like the Nürburgring or northern Europe as it was this case.

The car you’re seeing here was phased out roughly seven years ago when the next generation was introduced, itself a model now approaching the end of its life cycle. We have shared images of its replacement, which by the looks of it will look substantially different and it is believed it might actually revive a sought-after moniker.

As usual, the article is going to be updated tomorrow morning (GMT). We invite you to take a guess in our new swanky commenting section below. Alternatively, you can head to Motor1’s Facebook and/or Twitter channels to provide the answer to this week’s spy photo trivia.

Next week, we’ll have an entirely different car, much smaller and with rear doors.