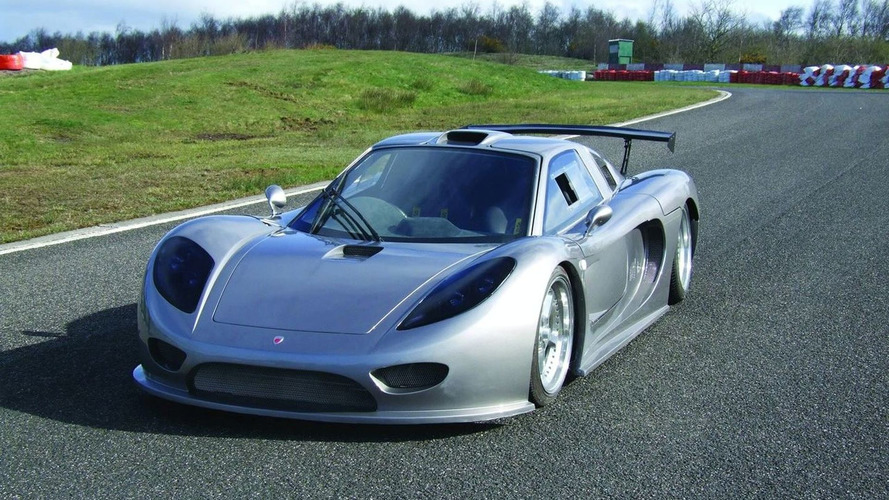 
The quest for the worldâ€™s fastest car title is far from being over. When the Bugatti Veyron seemed to be unbeatable with its 1,001 hp and over 400 km/h, there came the SSC Ultimate Aero and pushed the bar a little higher, reaching exactly 413.83 km/h with its 1,199 hp and 1,247 kg. Well, British automakers want to get back the crown that once belonged to the McLaren F1 in a very convincing way, more specifically with the Keating TKR. Since no official data on performance has been disclosed so far, you can only imagine what this 1,190 kg and 1,500 hp supercar can do, but you do not need a lot of imagination to realise previous records may quickly turn into dustâ€¦

The new car and its softer version, the SKR, have been presented last Wednesday in Southport, in the UK. Both are built over a steel spaceframe structure, but it can be changed by a carbon fibre structure in order to reduce weight even more. The bodies are made in fiberglass, but carbon fibre bodies are also available as options. These Keating cars are 4.31 m long, 1.87 m wide and 1.15 m tall. The British carmaker is already taking orders for them, but deliveries will only happen by the end of the year. No rush, since buyers will have to wait for their chance anyway: the SKR and the TKR will be built in a limited quantity, to keep them exclusive and to assure quality standards.

The engines available for the new British supercar are made by GM and come from a noble vehicle, the Corvette. Future buyers of the SKR will be able to choose between the LS2, a 6-litre V8 able to produce 404 hp, and the LS7, a 7-litre V8 that can be prepared to reach up to 656 hp with a supercharger. Rear wheels will be responsible for the traction, under the command of a five-speed Porsche transaxle. The TKR will probably have the LS7 engine as its base, but two turbochargers are expected to make its power skyrocket to 1,500 hp. This number can be even higher, since the supercar is still under development. Weâ€™ll soon read about it again, probably in next yearâ€™s edition of the â€œGuinness World Recordsâ€.