Products are available from Nissan dealers to help customize trucks.

The 2017 Nissan Titan and Titan XD seen here at the Chicago Auto Show aren’t exactly like the ones that roll out of the factory. That’s because these concept models wear several new Nissan accessory parts that customers can buy to customize their truck.

On the Titan XD Pro-4X Crew Cab, those add-on parts include a polished exhaust tip, a tailgate guard, a rear bumper step, a bed extender, and a bed divider. The truck also wears a few other custom parts from the aftermarket, including a new suspension from Icon Vehicle Dynamics, new wheels from Method, and new fender flares and sport bars in the bed from EGR.

For the smaller Titan Pro-4X, the Nissan-branded accessories shown include a new grille with black inserts, 20-inch wheels, new LED fog lights, a bed box, a tailgate guard, a rear bumper step, and step rails. This truck also wears a handful of prototype parts that aren’t yet for sale, including a prototype of a Nissan Motorsports lift kit that raises the truck’s suspension 1.5 inches in front and 1.0 inch in back, as well as a cat-back exhaust system for the 5.6-liter V8 engine. 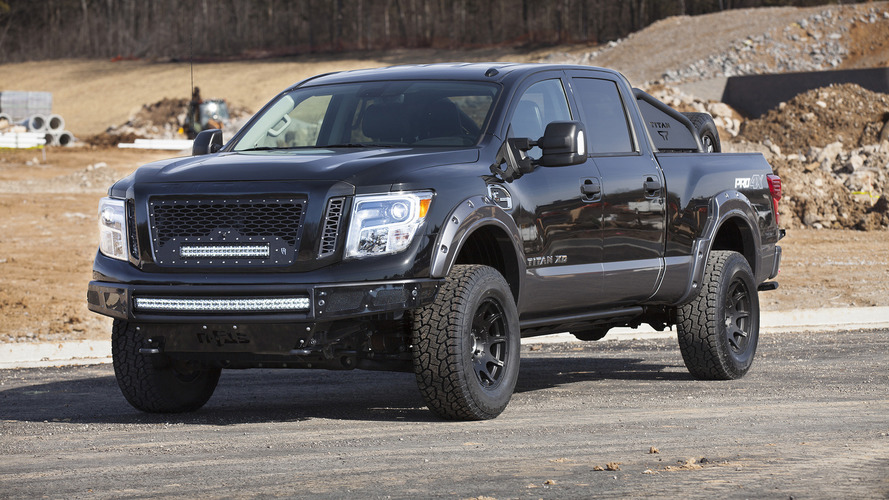 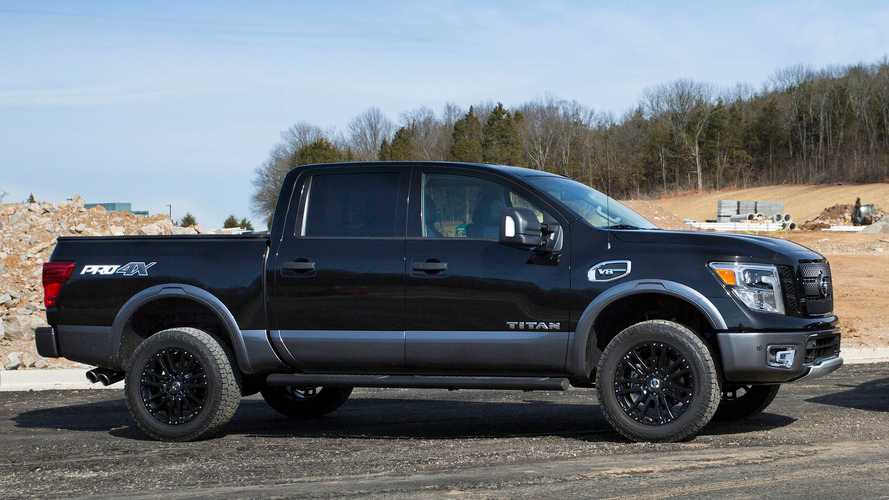 All these Nissan-branded add-on components are available directly from Nissan dealerships, cutting out the middleman of going to an aftermarket company. There will be more accessories for the Titan and Titan XD than Nissan has offered in the past for other trucks. That’s in part because Nissan recognizes that truck customers have a big interest in modifying their vehicles.

While customers can order parts themselves, the accessories also allow dealerships to create their own models that stand out on lots to potential customers.

"Consumer demand is really what's driving that," says Castro. "Our job is to understand that demand and respond to it."

Just as the powerful all-new Nissan 2016 TITAN XD was about to go on sale in late 2015, a highly modified version made its debut at the SEMA show, the epicenter for automotive parts and accessories. Now, Nissan Motorsports is back at the parts and accessories bins again, creating another show worthy modified TITAN XD project in time for the 2017 Chicago Auto Show. The new Motorsports TITAN XD1 will be on display at the auto show, February 11th – 20th, 2017 at Chicago's McCormick Place.

In winter, many truck enthusiasts take to the roads, on- and off-road, not letting a little snow, rain, sleet or ice slow them down. Others take to the parts and accessories catalogs – and garages – to configure and build modified versions of their existing rides. Nissan Motorsports chose to do both, creating a one-off TITAN half-ton truck just in time to hit the streets of Northern Illinois for the 2017 Chicago Auto Show.

The modified display vehicle1, a Super Black 2017 TITAN PRO-4X Crew Cab, is outfitted with Nissan Genuine Parts and Accessories, along with available aftermarket parts, to give an example of how easy it is to give TITAN a highly personalized appearance, as well as show off what the possibilities could be with a prototype suspension kit and exhaust system.

"We want to demonstrate to TITAN owners how they can transform their trucks using parts and accessories that can be readily available through their local Nissan dealers," said Fred Diaz, division vice president and general manager, North America Trucks and Light Commercial Vehicles, Nissan North America, Inc. "And what better showcase for the modified TITAN than in Chicago at the country’s largest auto show."