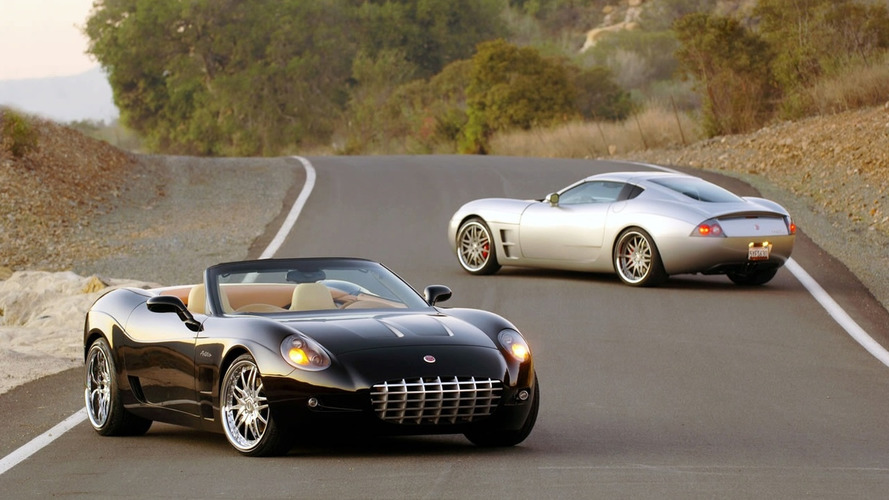 Specialty car builder n2a Motors has released details about their new Anteros coupe and roadster models which are based on the 2009 Corvette.

Specialty car builder n2a Motors has released details about their new Anteros coupe and roadster models which are based on the 2009 Corvette. Originally shown at the 2008 Los Angeles International Auto Show, the new models feature Italian inspired bodywork made from lightweight carbon fiber.

The black Anteros roadster is based on the standard Corvette and features the donor car's original LS3 V8 engine that cranks out 430 hp and 424 lb.-ft. of torque. On the other hand the pictured Anteros coupe is built around the Corvette Z06. Under the hood is GM's LS7 7.0-liter V8 engine which has been outfitted with a Lingenfelter performance package that boosts the engine's output from 505 horsepower to 630 hp.

All models come equipped with a carbon composite body, three-piece aluminum wheels, a custom cat back exhaust system, and a high quality interior that features hand-stitched leather. Perhaps the greatest benefit is that the customization doesn't void Chevy's 100,000 mile powertrain warranty and the cars can be serviced at any Chevrolet dealer.

Pricing for the standard coupe starts at $149,500 and convertible goes for $154,500, at the top of the range is the Z06 based Anteros coupe which costs a hefty $176,500. A variety of performance packages are available and they will allow the engine to produce anywhere from 525 to 1000+ horsepower.