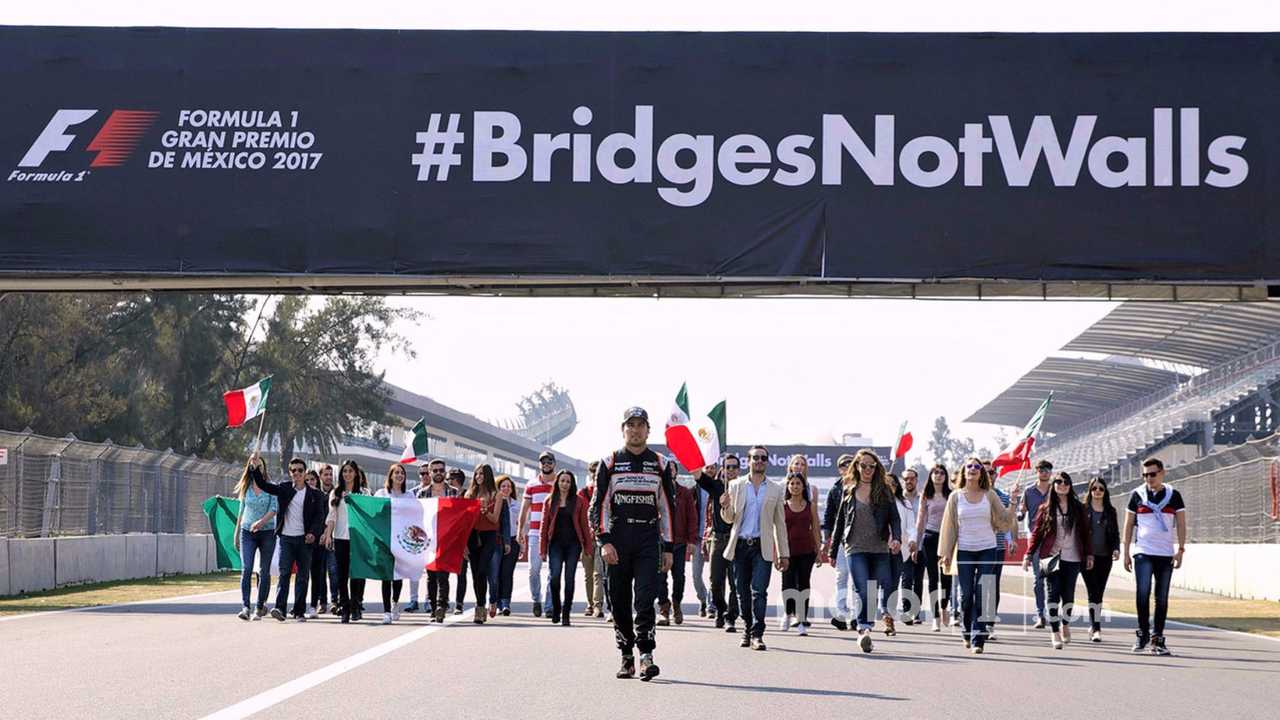 Sergio Perez has thrown his support behind a Mexican Grand Prix initiative to show solidarity for his country, in light of the fallout being caused by American president Donald Trump's attempts to build a wall between the two nations.

Perez is fully behind an initiative by the Autodromo Hermanos Rodriguez to display the popular social media hashtag #BridgesNotWalls, and has taken part in a photo shoot at the track to show his approval of the idea.

The track wants to use the message as a call-to-arms for Mexicans to show they will pull together to put on another successful event on October 29.

Speaking about the Mexican GP campaign, Perez said: "World class international events such as the Formula 1 Gran Premio de Mexico provide an excellent opportunity to showcase to the world what the Mexican people are capable of achieving when we work together.

"Through this unique global platform, Mexico has been shown as a warm and welcoming destination. The 2015 and 2016 races were award-winning, 2017 promises to be even more memorable."

Perez has not been afraid to show how committed he is to Mexico in light of Trump becoming USA president, having ditched a sunglasses sponsor last year after it joked about the construction of the Wall on Twitter.

Perez responded at the time: "Really bad comment. Today I am breaking my relationship with @HawkersMX. I will never let anyone make fun of my country."

Since its return to the F1 calendar in 2015, Mexico has already become one of the most popular events on the schedule, and has earned the organiser the 'best promoters' trophy from Bernie Ecclestone for the last two years.

As well as the #BridgesNotWalls hashtag taking off on social media, a host of banners declaring the same have been hung from bridges around the world in recent weeks in protests at policies being rolled out in the United States.

It comes after Trump's controversial plan to build a wall between the United States and Mexico, plus his attempts to impose a travel ban to the USA on people from seven predominantly Muslim countries which is currently subject to a legal test.